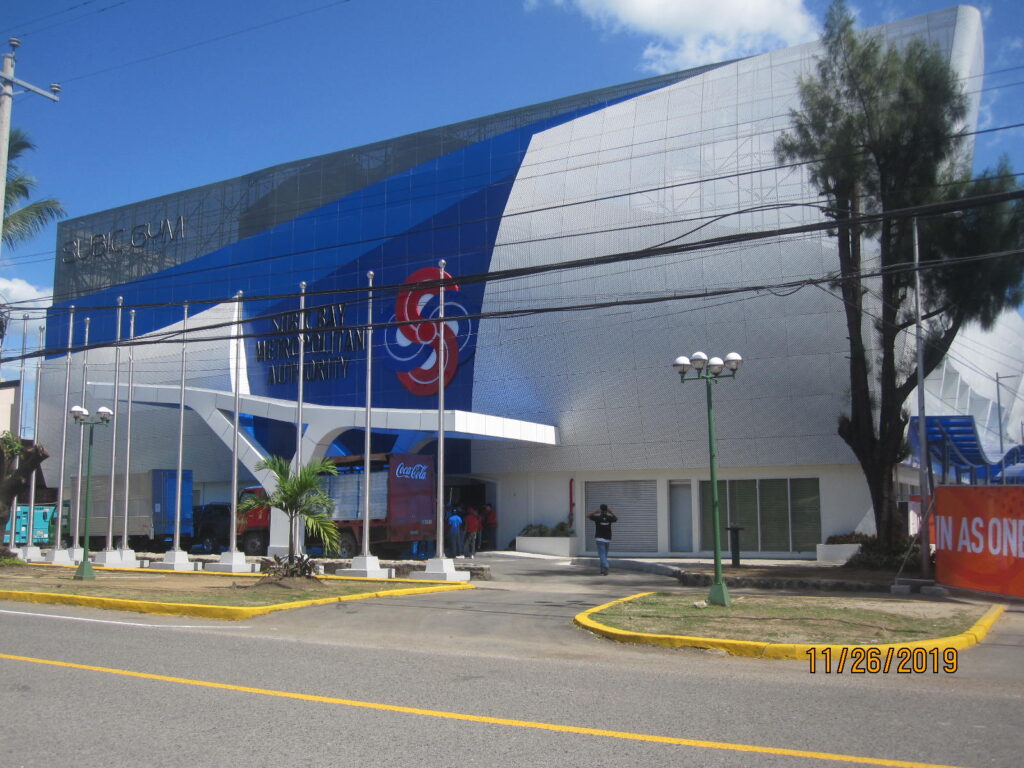 Zo956. The Philippines was the host country in for the 2019 South East Asia Games. The games were conducted in several different venues including Subic Bay. This Subic Gym building is located along the Aguinaldo St., our sailor’s former Liberty Route to the main gate. It was built by the new Management, the Subic Bay Metropolitan Authority (SBMA) after the Subic Bal Naval Base was returned to the Philippine Authority. This building is located on the Remy Sports Field and was renovated for these 2019 Games.

This album is created for this and that that is not going to get its separate album for Subic Bay subjects..

As you know, I like to hike; I’m convinced, that helps me stay young (healthy).
I done this hike 5 days after my 79th Birthday, cloudy day, and this time of the year is a perfect time to hike! I thought, I do something different, instead of uploading all the 82 pictures I shot, I just show these two, plus a Google Earth map for your orientation. It was a Sunday, some things I learned on this hike: a) the last community at the end of the Cawag Valley seems to be San Martin, b) at the Cayuag River, near my starting point is a swimming area and about 100 people were doing it, c) before the trail really went up someone built a large swimming pool but nobody was using it, d) the Cawag concrete road is going about 3 km past the Cawag Elementary School and I parked there and that seems to be San Martin, the purpose of my hike was to check the Nazasa Bay Trail, it was over 6 years since I walked it, it is in great shape.

Zd971. Nazasa Bay viewed from the Nazasa Ridge, north crossing point. I walked up here in 2 hours and 50 minutes. I’m a slow walker, stop often to take pictures; also I stop often when going up a hill to slow down my heart beat and breathing rate. The trail is in perfect condition but today I turned around because that was all I wanted to do today. I want to walk it soon all the way to the bay, which should take another two hours to go down. Then, I either take a boat to Pundaquit or stay overnight and walk back. Anyone would like to join me? I walked to the Nazasa Bay several times in the past, using either this crossing or the south one. This valley was used as a bombing range and strafing range by the US Navy in 1945 and maybe later. A friend and I came across vehicles in this bay valley that were used as targets. 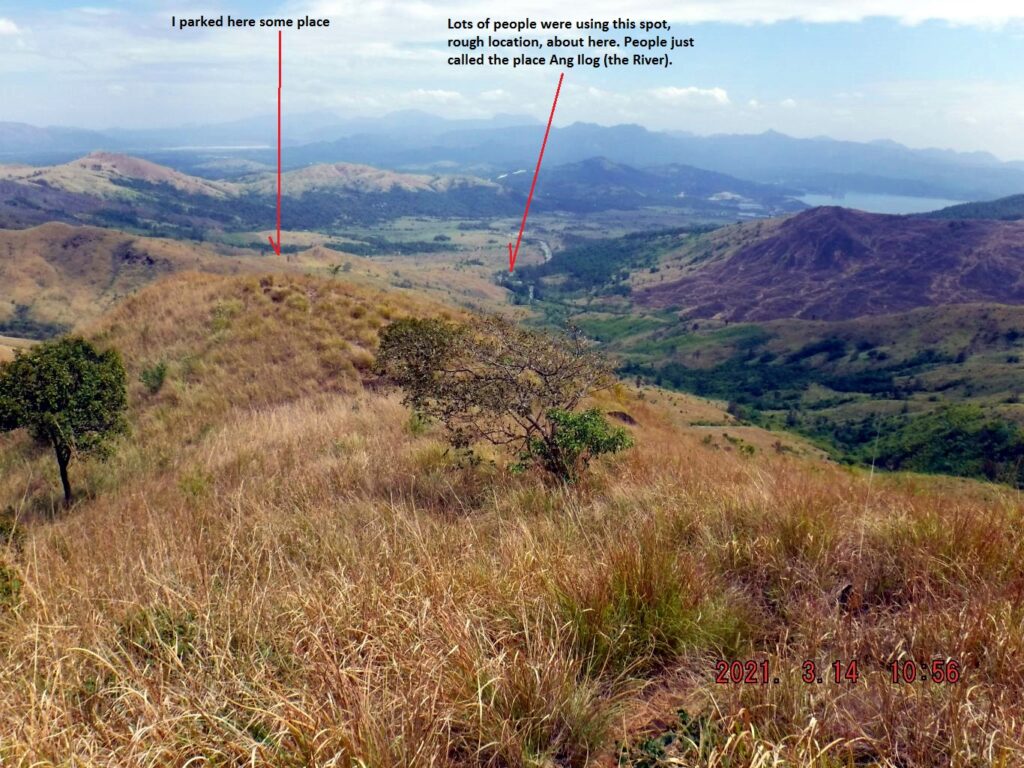 Zd972. The Cawag and Cayuag River Valley viewed from near the Nazasa Ridge Trail crossing. You should be able to identify the north end of the bay of Subic Bay.

Zd973. A Google Earth image is provided for your orientation of the Subic Bay area with the location the Nazasa Ridge North Crossing indicated.

The subicnewslink.blog reported this with this URL, click here!

These two pictures were attached to the above URL link

Zd974. Grande Island (the former Fort Wint) and Chiquita Island. Photo credit, it is from the above URL link. 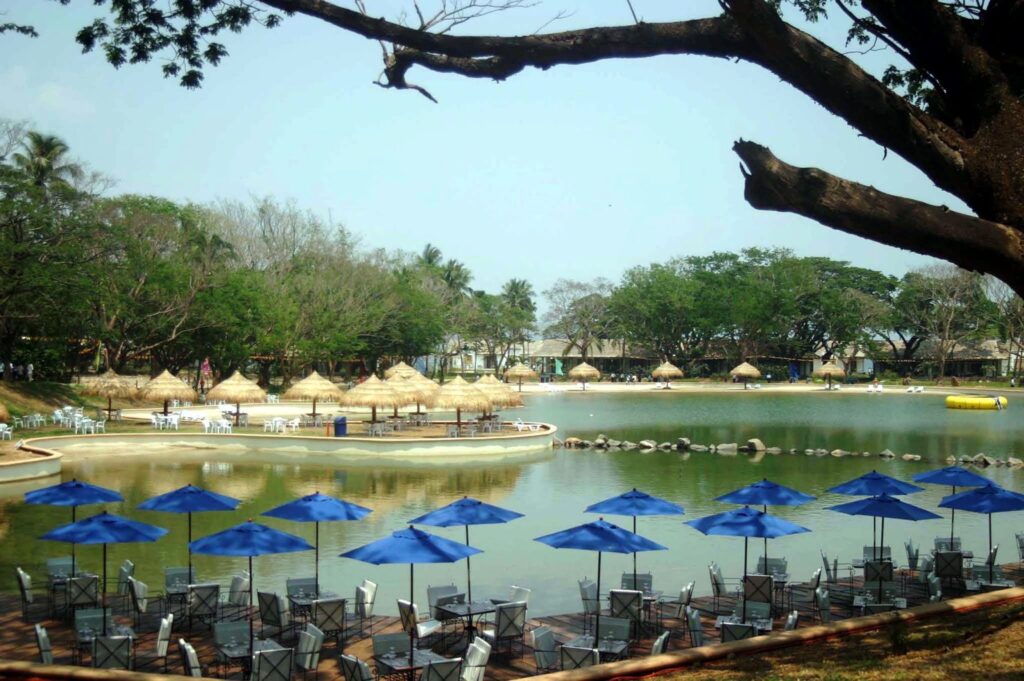 Zd975. The pool area of the Grande Island investment deal. Photo credit, it is from the above URL link. This is an old picture, today; in 2021 it does not look like this anymore. During the Navy time this was a ball field. 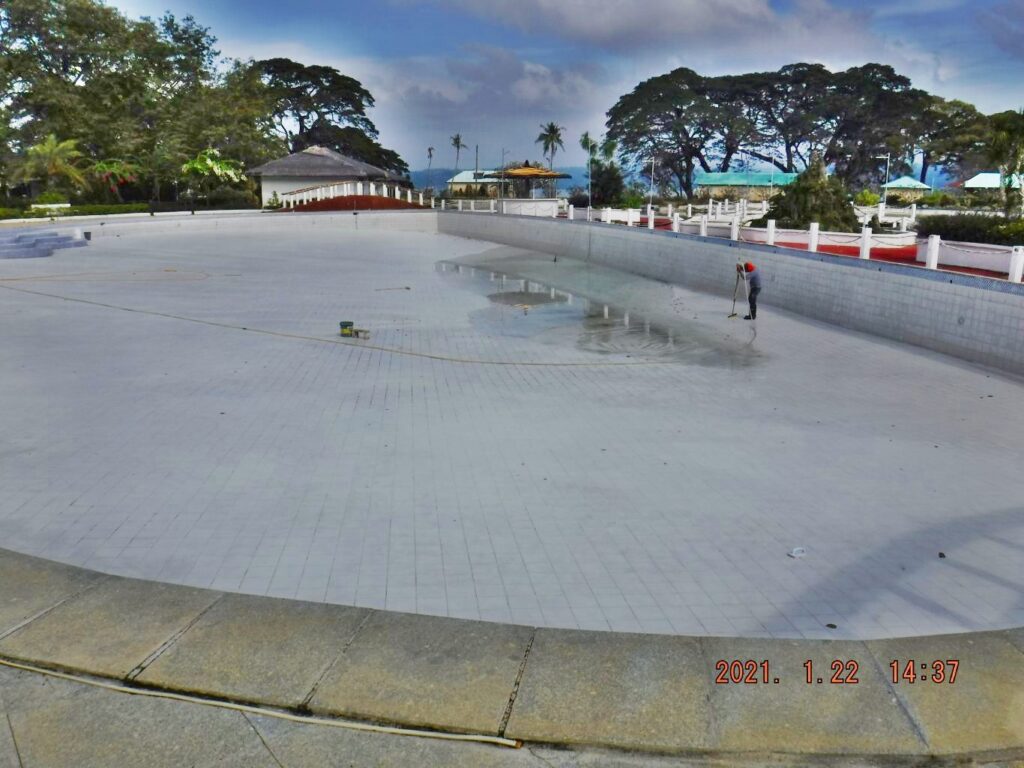 Zd976. This is the big pool in the Grande Island Resort, during my visit in January this year it was empty and was cleaned. During the Navy time this was a ball field. 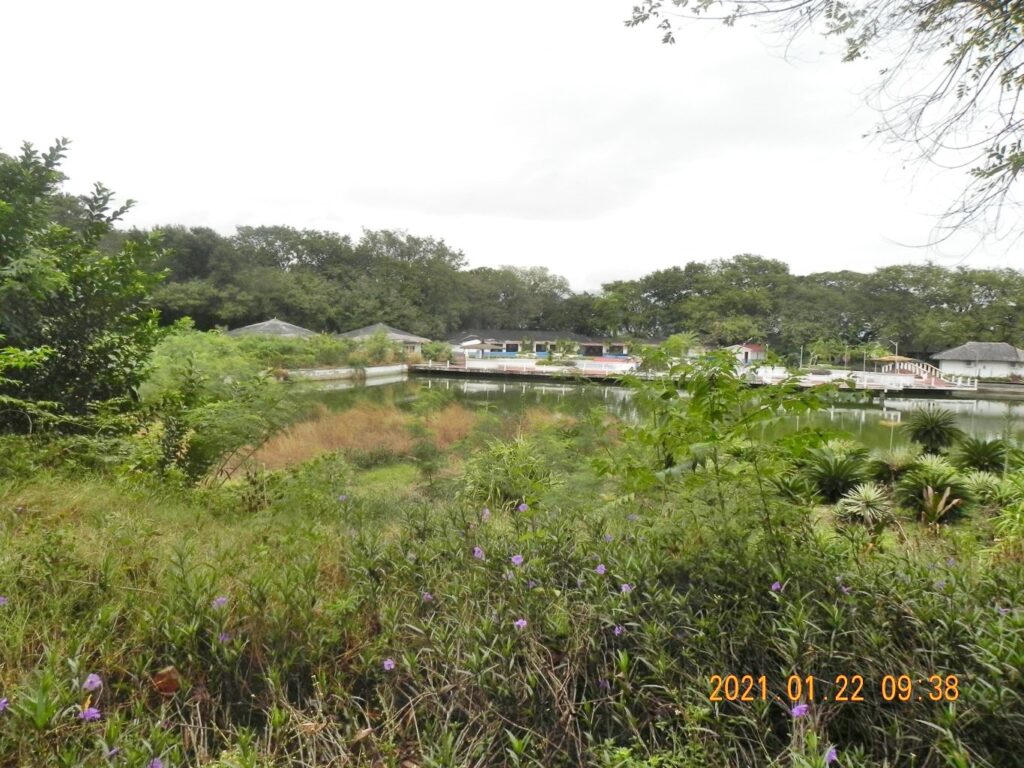 Zd977. This is a shot of the Grande Island Resort recreation area, shot from the area of the former Navy hotel and restaurant. The direction of this shot is similar as the image Zd975 but is from a farther distance. During the Navy time this was a ball field.