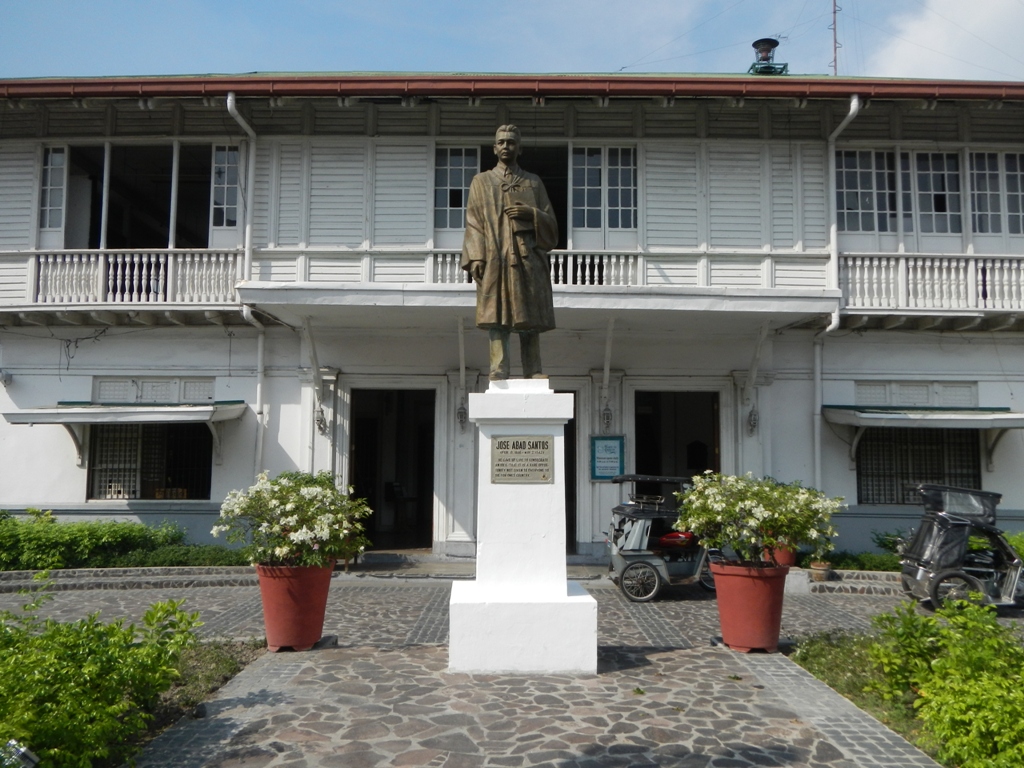 The Historic Municipio Building in Angeles

Zf728. The Historic Municipio Building in Angeles from Wikipedia. Here are two URLs to refresh your memory or learn about the building history. Courtesy of Wikipedia:

This building is 100 years old

I recently had association with or learned about 4 Central Luzon historical stories, events and people

– The Historic Municipio Building in Angeles

– Presentation about the torture and execution of Pvt. Hayden Lawrence in WWII –

-The History of the 17th Ordnance Company with the 192nd and 194th Tank Battalions.

The Historic Municipio Building in Angeles

Zf728. The Historic Municipio Building in Angeles from Wikipedia. Here are two URLs to refresh your memory or learn about the building history:

KULIAT FOUNDATION INCORPORATED: The building is now in their hands! Click here

This building is 100 years old 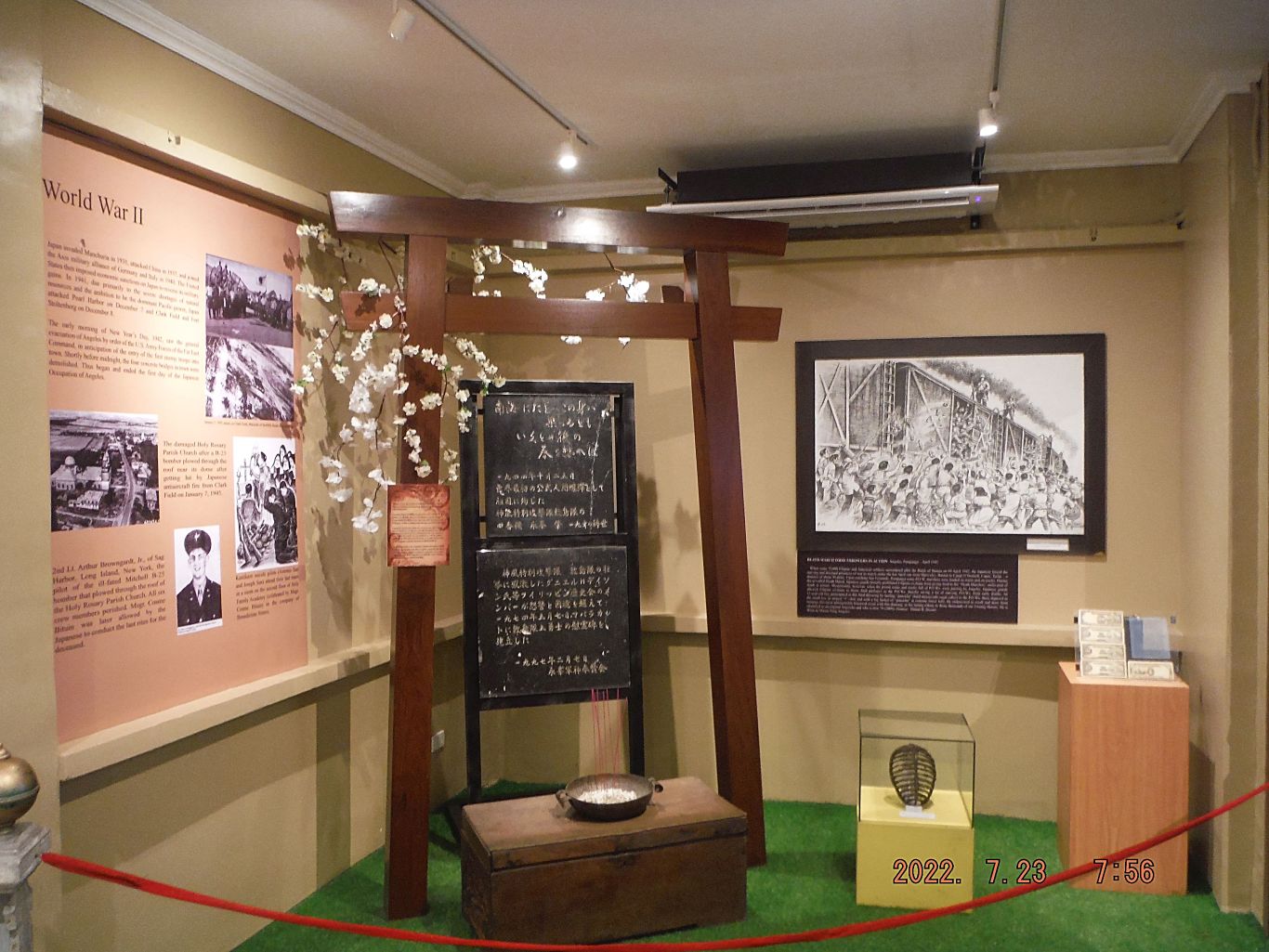 Zf729. Downstairs, much of the Historic Municipio Building in Angeles is now a museum; this is a section of WWII 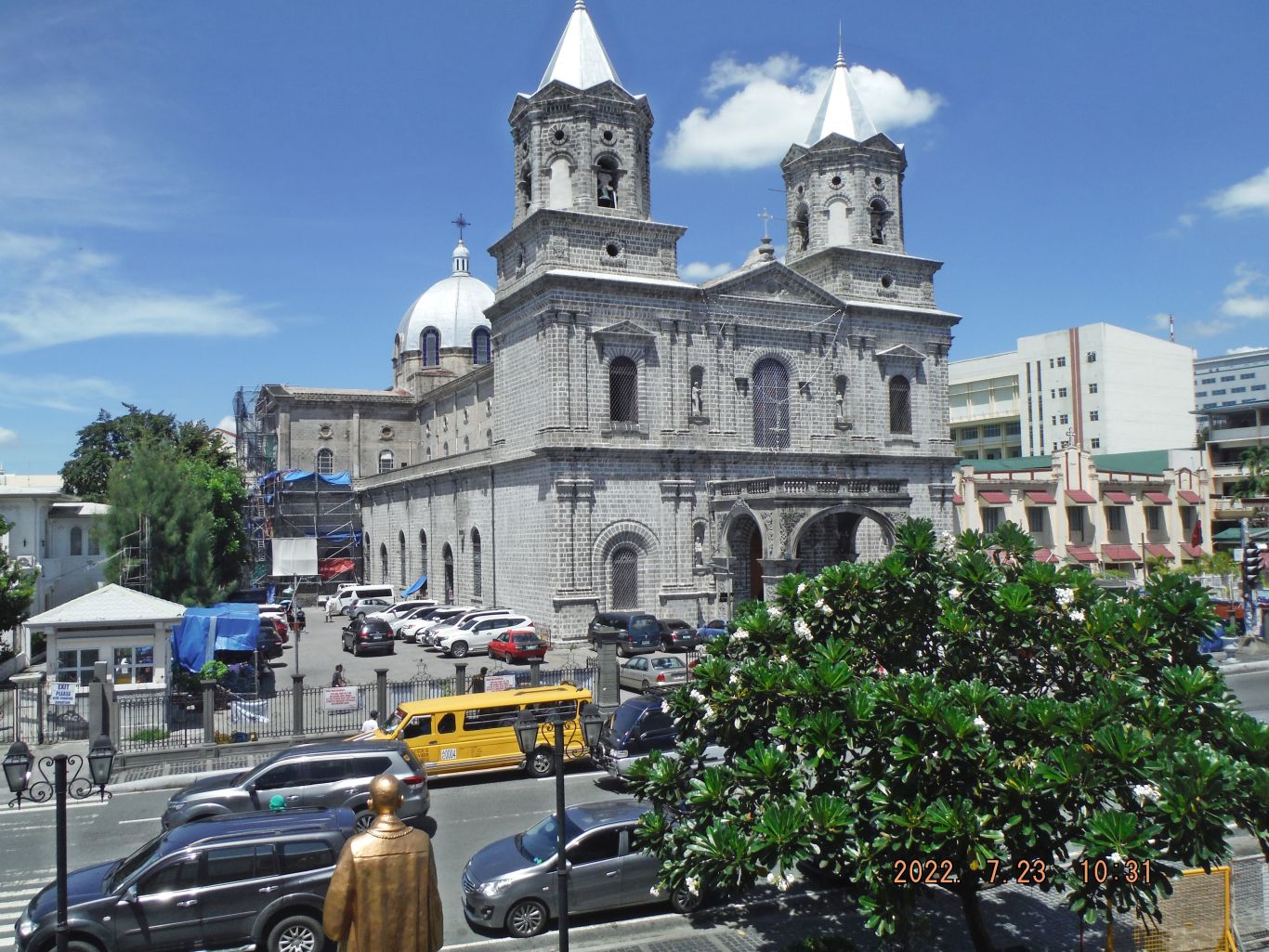 Zf730.Upstairs in the Historic Municipio Building in Angeles, a look out of the window and for your orientation we see the church of Angeles City.

Presentation about the torture and execution of Pvt. Hayden Lawrence in WWII 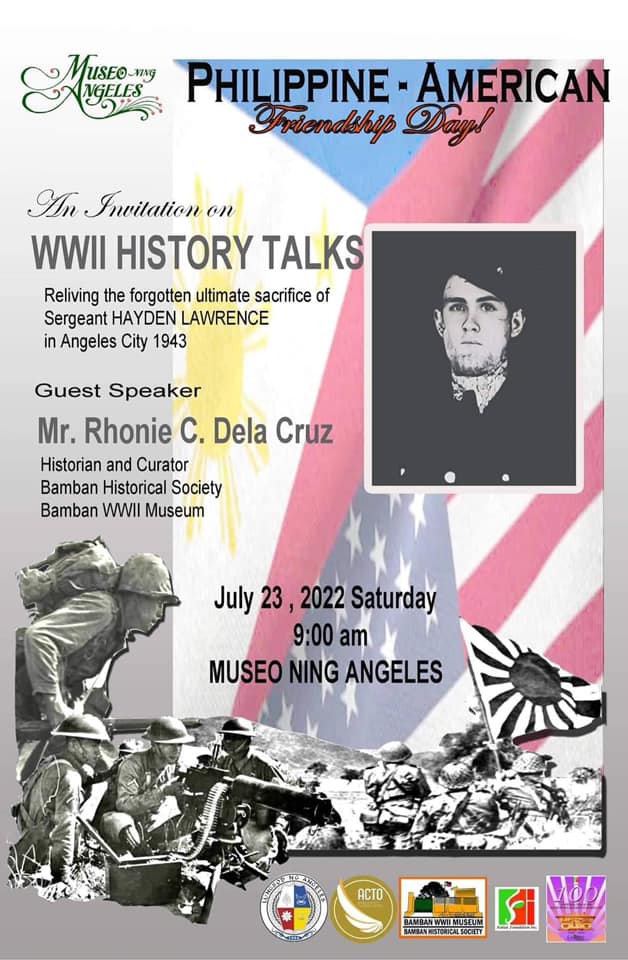 Zf731. This is the announcement of WWII History Talks in connection of the Philippine-American Friendship Day, which runs from the 4th of July to early August. This talk is about reliving the forgotten ultimate sacrifice of Sergeant Hayden Lawrence in Angeles City 1943.

This is the URL of the announcement:click here 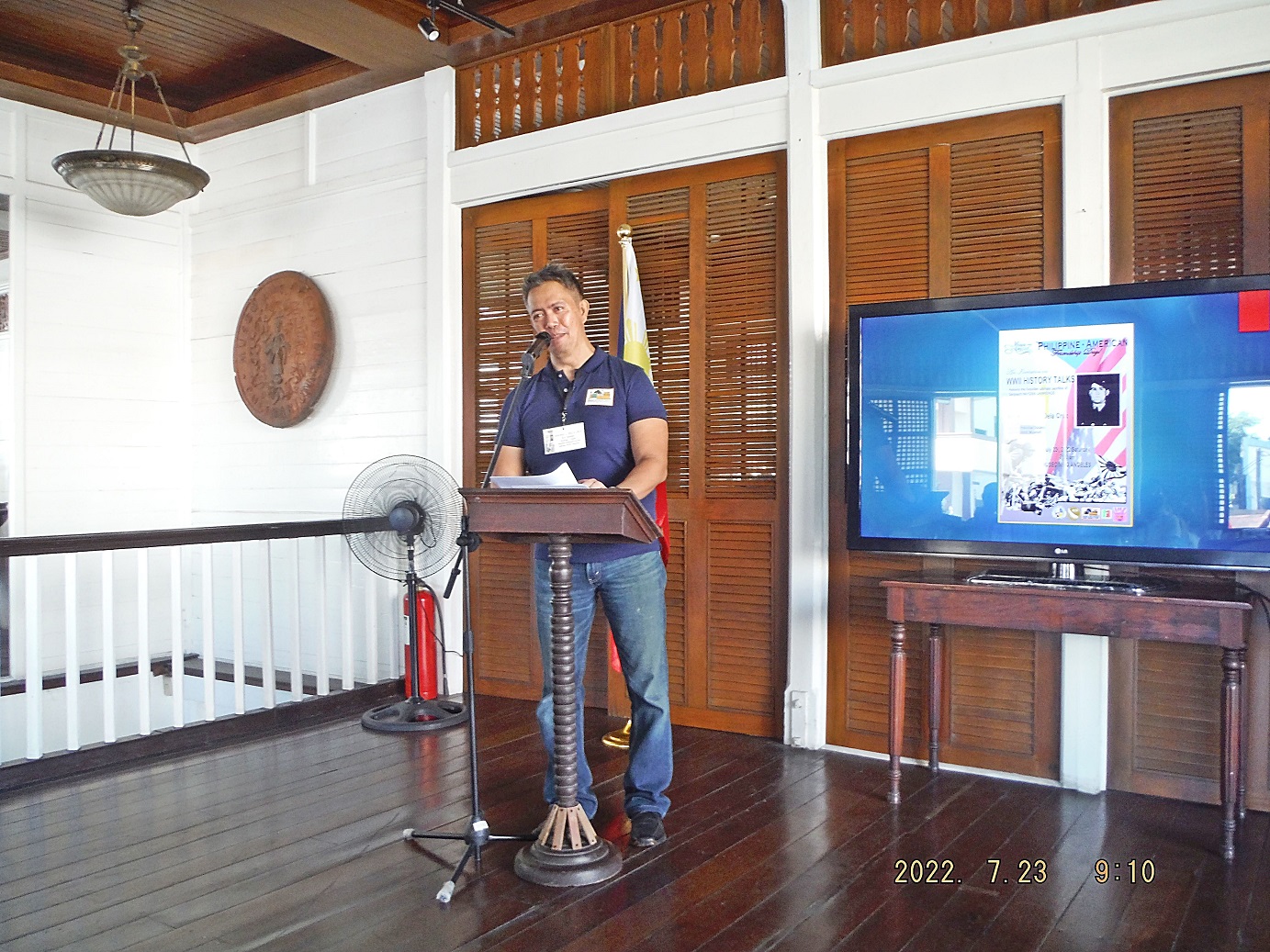 Zf732. This is Mr. Rhonie Dela Cruz who volunteered to give this History Talk. He is the Historian and Curator of the Bamban WWII Museum and the Bamban Historical Society. This is his Facebook gage: click here: 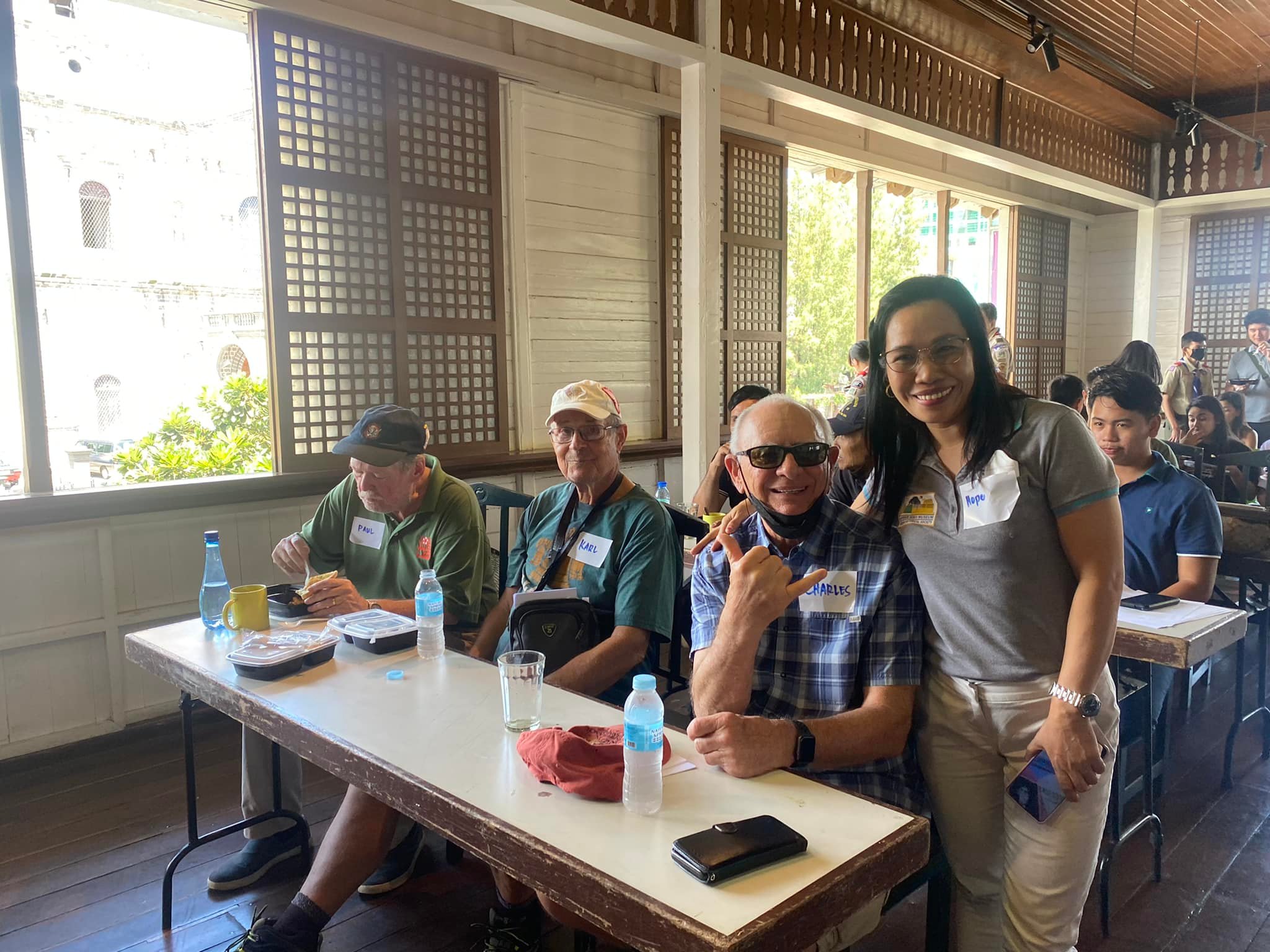 Zf733. My friends and I also got in the picture; this photo is courtesy of the Bamban WWII Museum

The History of the 17th Ordnance Company with the 192nd and 194th Tank Battalions. 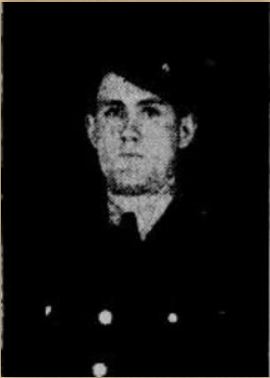 Zf734. This is the only picture we have of then ct. Hayden Lawrence and it is from this URL: click here

Here are some paragraphs from this URL:

-From this time on, wherever the tank battalions were sent the members of 17th Ordnance were there with them. The company members often made repairs to tanks on the frontlines and under enemy fire.

-When the Japanese had been wiped out, 17th Ordnance helped with the recovery of the tank and put the tank on its side to remove the dirt and recover the bodies of the crew. The tank was put back into use after repairs were made.

-As Gen. King left to negotiate the surrender, he went through the area held by B Company and spoke to the men from the company and men from 17th Ordnance. He said to them, “Boys. I’m going to get us the best deal I can. When you get home, don’t ever let anyone say to you, you surrendered. I was the one who surrendered.”

–It is not known where, but at some point on the march, he escaped into the hills with PFC Robert Schletterer, PFC James Boyd, Capt. Richard Kadel, Pvt. Frank Gyovai, and Pvt. George Mogyorosi of 17th Ordnance.

-Pvt Hayden R. Lawrence was executed on Thursday, September 23, 1943. The witnesses, stated that Hayden was tied to a tree and used for bayonet practice which was held at Angeles City Catholic Cemetery, Angeles City, Central Luzon, Philippine Islands. After he died, he was buried in the cemetery. 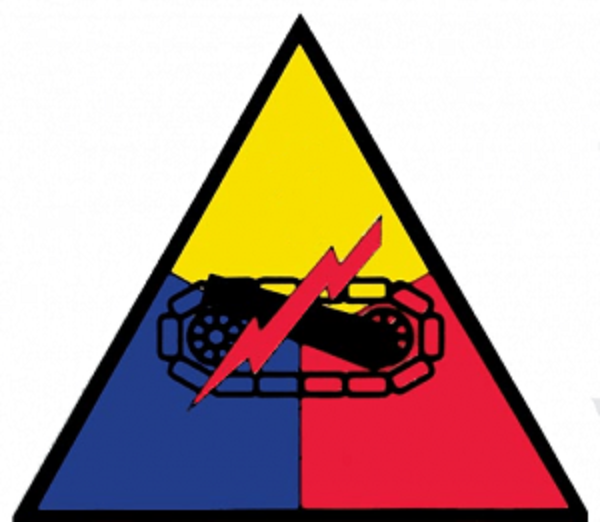 Zf735. This is the unit uniform sleeve patch of the 17th Ordnance Company. This unit took care of the maintenance of the two tank battalions. 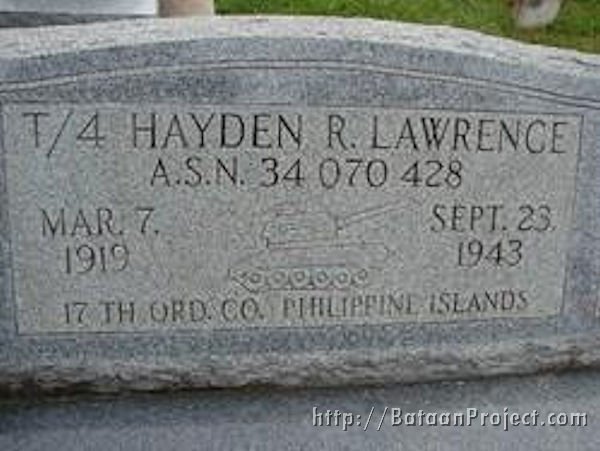 Zf736. On May 1945, his parents were notified by the War Department that he was dead. After the war, his family requested that his remains be returned to the United States. Hayden was posthumously promoted to Technician Fourth Grade (T/4) which was referred to as Sergeant.

After the war, the remains of T/4 Hayden R. Lawrence were recovered and at his family’s request, the remains were returned to the United States. A funeral service for Hayden was held at the Bethel United Methodist Church, Bethel, Rapides Parish, Louisiana, and he was buried in the church cemetery in row 8. Later, the upper elementary school in Deville, Louisiana, was named the Hayden R. Lawrence Upper Elementary School.

-Daniel H. Dizon, artist and writer and other people I met on this day. 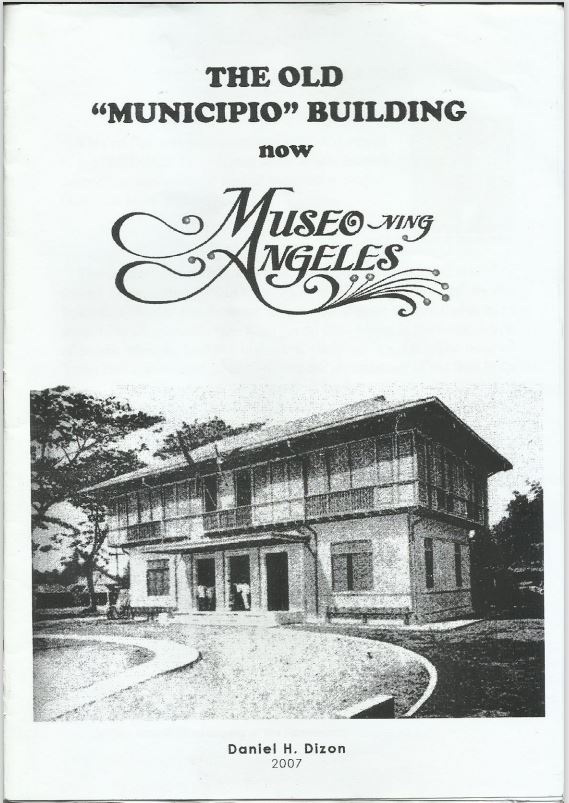 Zf737. This is the cover of a booklet the Museo Ning Angeles gave us on that day and it is written by Daniel H. Dizon. It is very interesting booklet, too bad it is not available digital. I learned that the Daniel H. Dizon family is famous Filipinos. 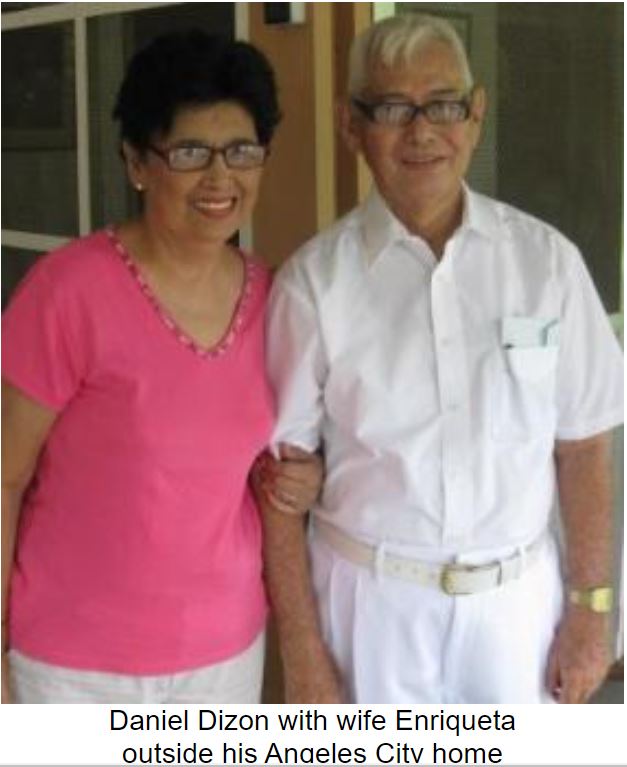 Zf738. This is Daniel H. Dizon and wife Enriqueta in Oct. 2009 outside their home in Angeles City. The Kamikaze Museum in Angeles is in his house and is covered in this URL: click here:

Daniel and his father are/were great artists and some of their work is covered in this URL: Click here: 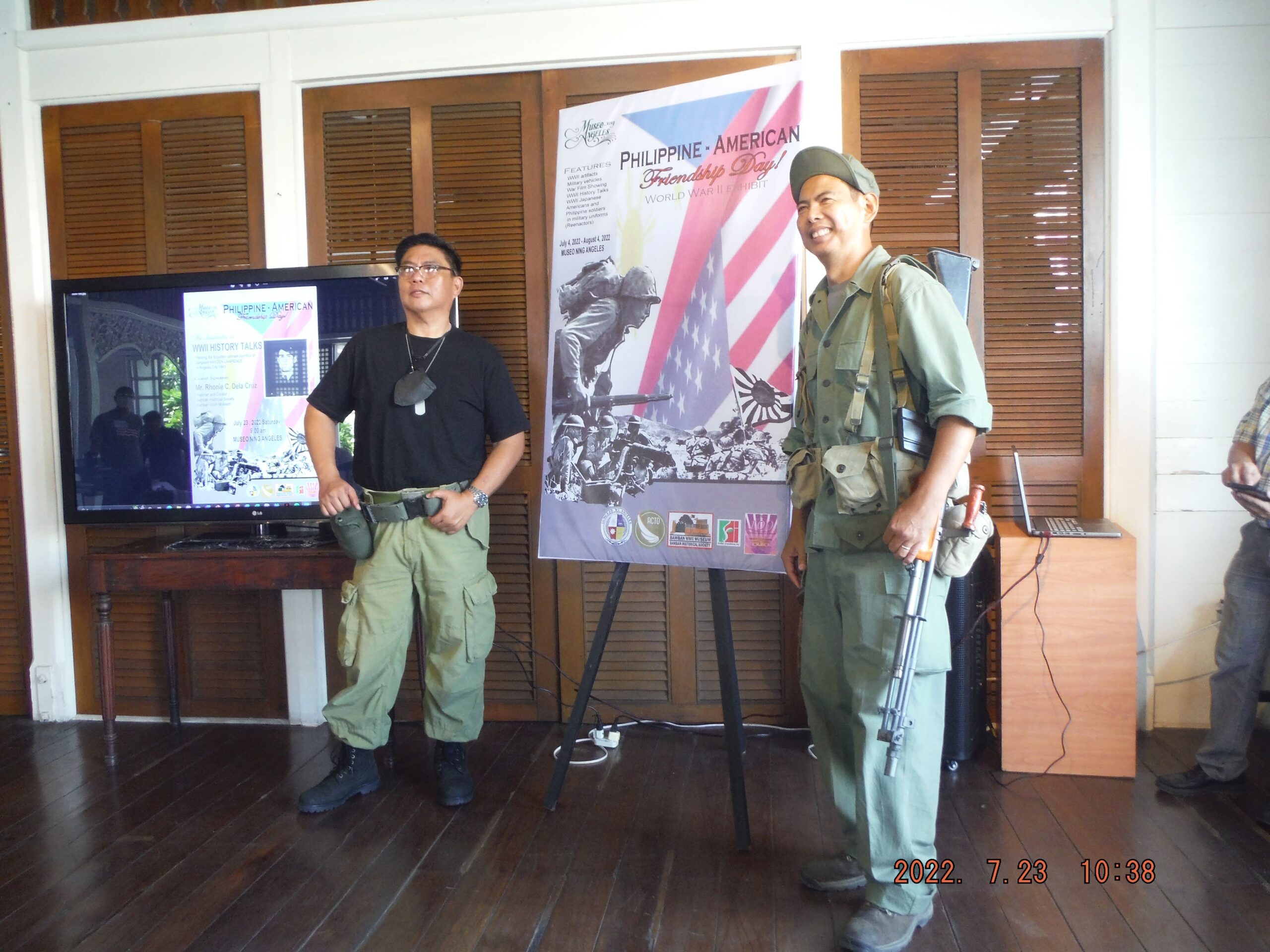 Zf739. In this picture are Jing Torno and Danon Dixon. Left are Jing Torno who is an officer of Kuliat Foundation Inc. and he manages the Museo Ning Angeles, he was a great host and speaker. He also managed with the Angeles city to provide a nice little lunch box for everyone. Thank you Angeles City.

Right is Danon Dixon, an offspring of the famous Dizon family. He was in a fatigue uniform and had a replica BAR gun hanging off his shoulder, very impressive. He is also an officer in the Kuliat Foundation Inc and I’m sure he is involved in many other historical things.