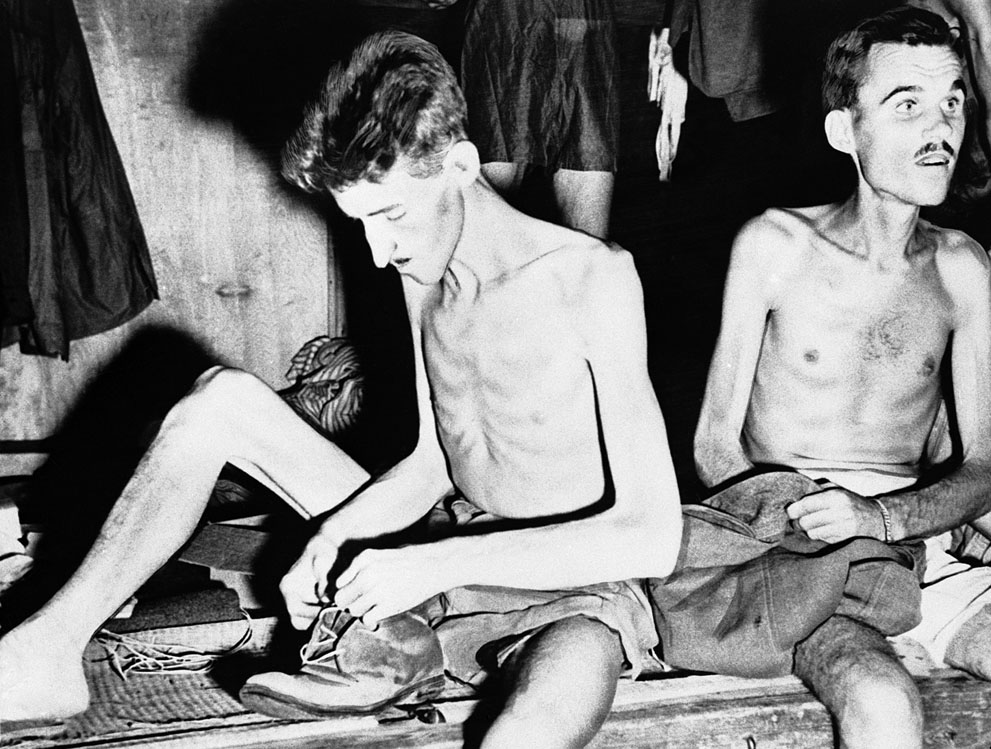 Zg046. Gaunt and emaciated, but happy at their release from Japanese captivity, two Allied prisoners pack their meager belongings, after being freed near Yokohama, Japan, on September 11, 1945, by men of an American mercy squadron of the U.S. Navy. (AP Photo)

This is my 4th albums about WWII Tidbits from the www. 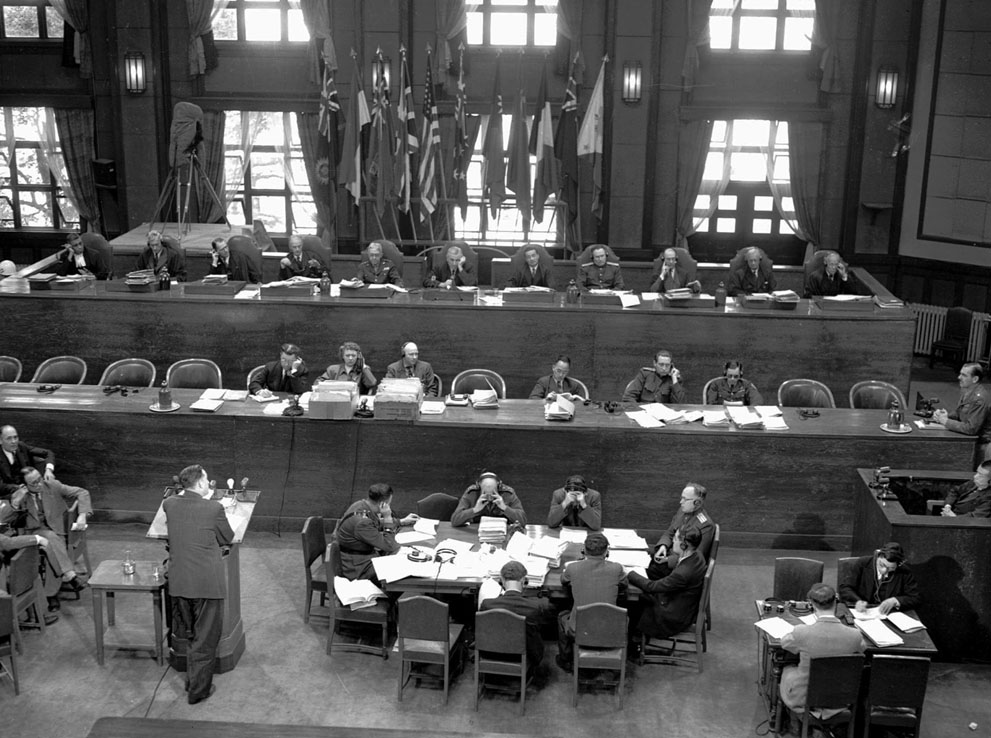 Zg047. A general view of the International Military Tribunal for the Far East meeting in Tokyo in April, 1947. On May 3, 1946, the Allies began the trial of 28 Japanese civilian and military leaders for war crimes. Seven were hanged and others were sentenced to prison terms. (AP Photo) 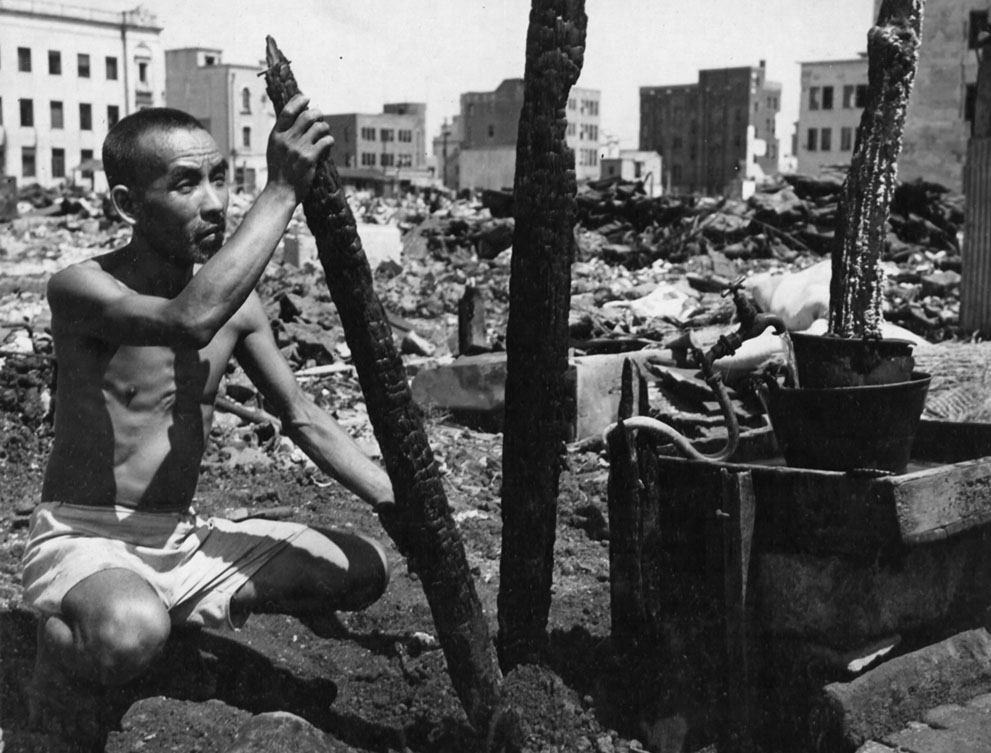 Zg048. A Japanese man amid the scorched wreckage and rubble that was once his home in Yokohama, Japan. (NARA) 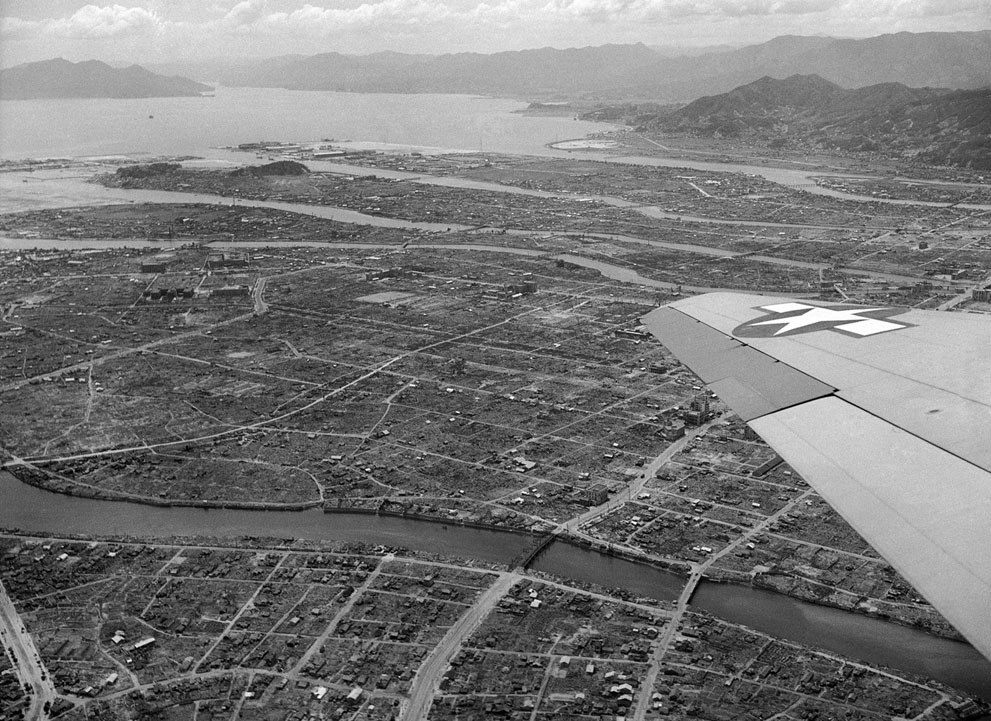 Zg049. Aerial view of Hiroshima, Japan, one year after the atomic bomb blast shows some small amount of reconstruction amid much ruin on July 20, 1946. The slow pace of rebuilding is attributed to a shortage of building equipment and materials. (AP Photo/Charles P. Gorry) 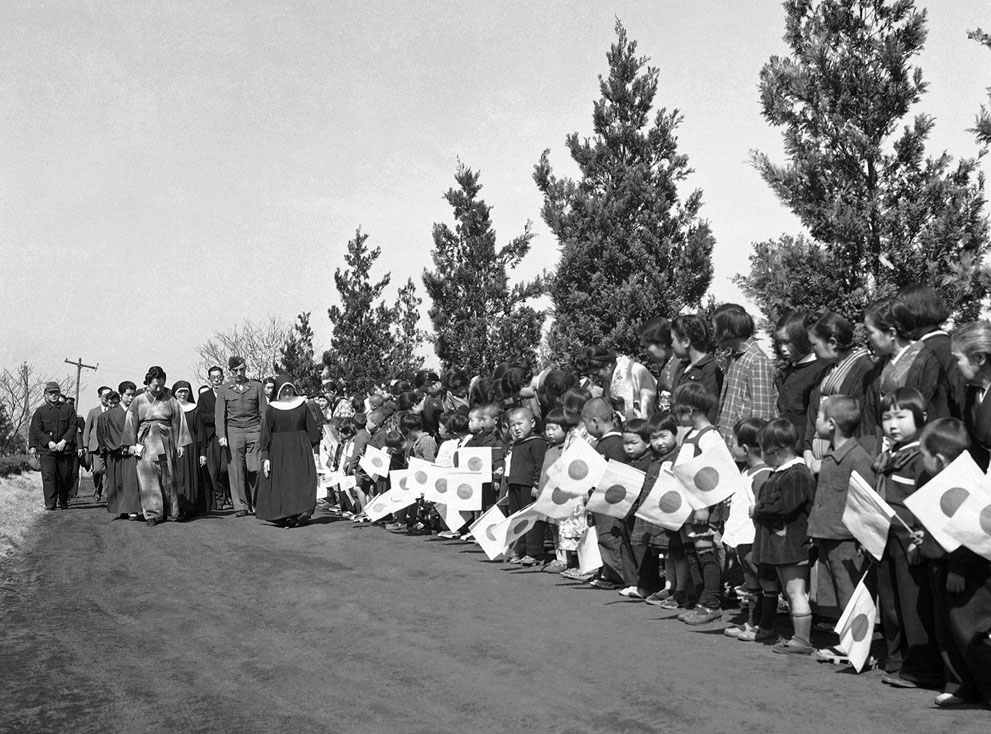 Zg050. The Empress of Japan visits a Catholic Orphanage staffed by Japanese Nuns for children who have lost their parents in the war and air raids over Tokyo. The Empress inspected the grounds and paid a visit to the chapel. Children wave Japanese flags to greet the Empress during her visit in Fujisawa in Tokyo, on April 13, 1946. (AP Photo) 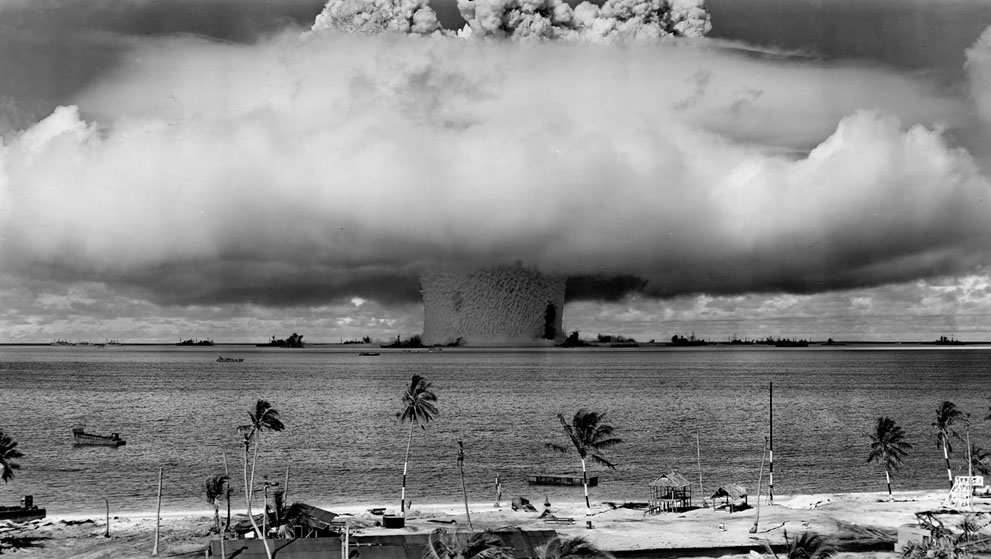 Zg051. A test nuclear explosion codenamed “Baker”, part of Operation Crossroads, at Bikini Atoll in the Marshall Islands, on July 25, 1946. The 40 kiloton atomic bomb was detonated by the U.S. at a depth of 27 meters below the ocean surface, 3.5 miles from the atoll. The purpose of the tests was to study the effects of nuclear explosions on ships. 73 ships were gathered to the spot — both obsolete American and captured ships, including the Japanese battleship “Nagato”. (NARA)

I’m a big fan of WWII photographs myself, have a nice collection. Here is a PB4Y-2 shooting down a JAKE 2 May 45, entire encounter lasted about seven minutes. 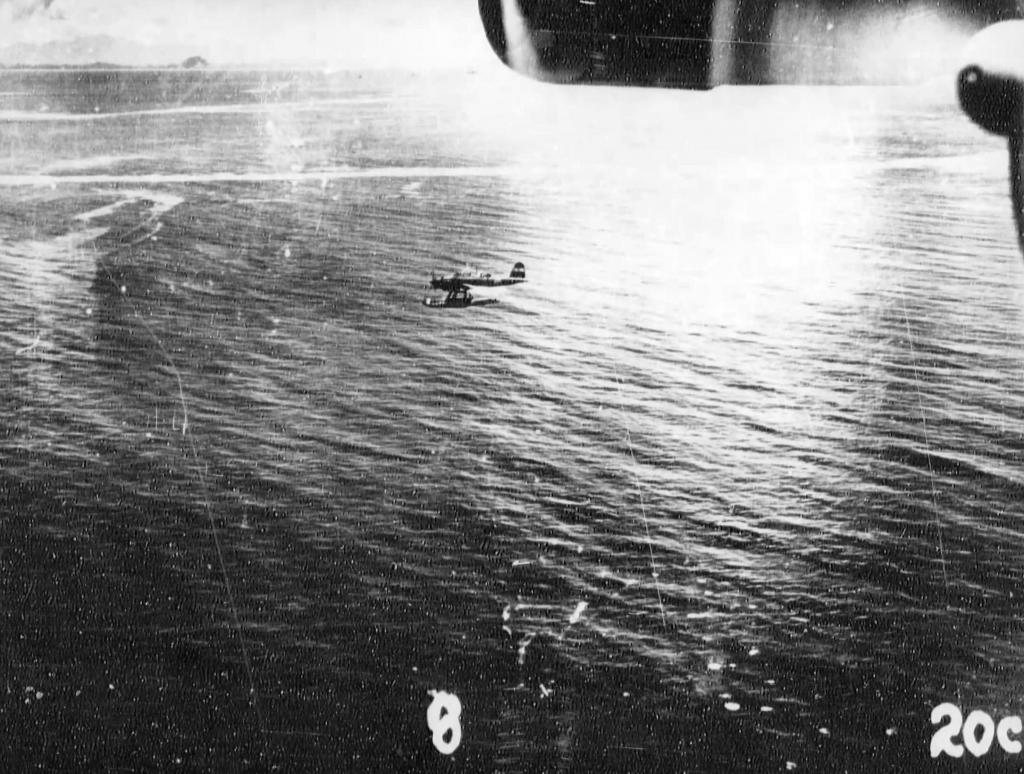 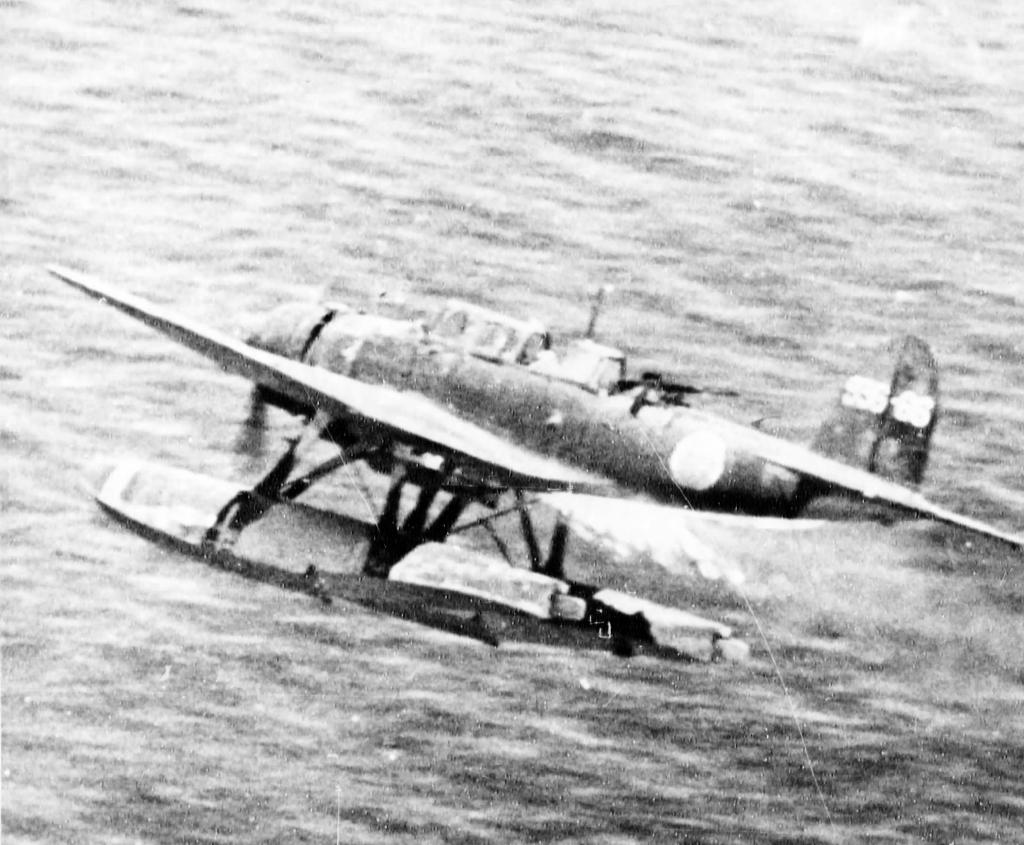 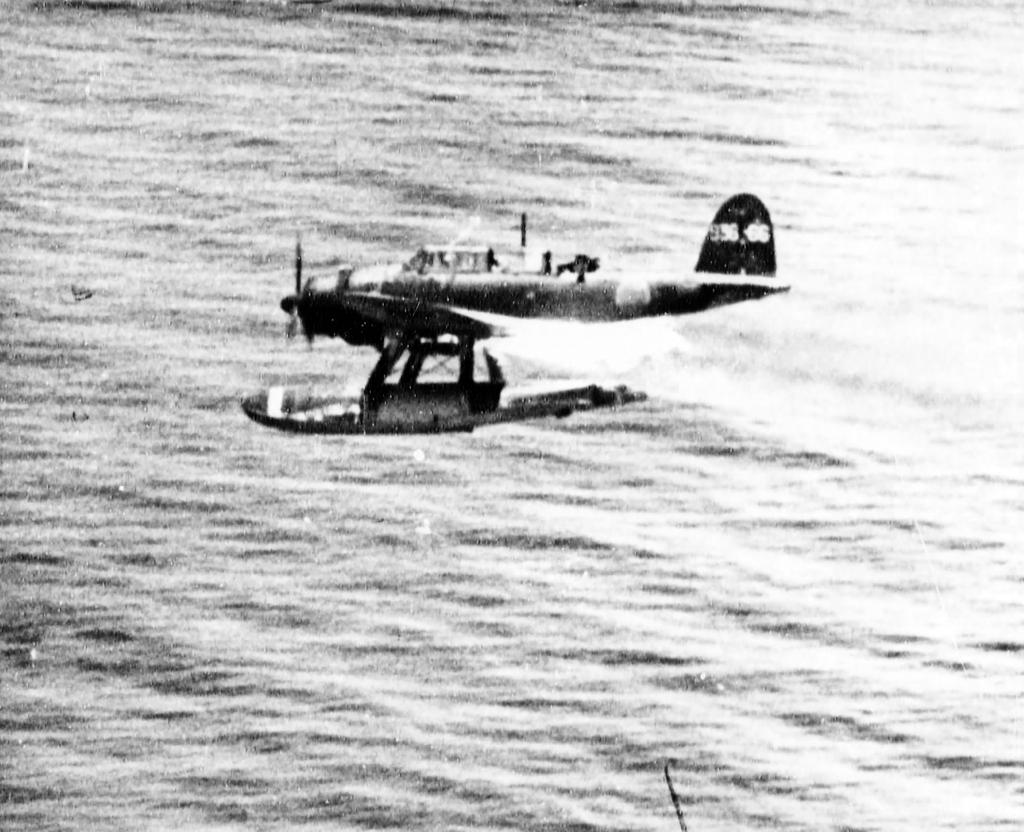 Zg055. This is a good one, the Japanese fleet already under attack, Battle of Leyte Gulf. 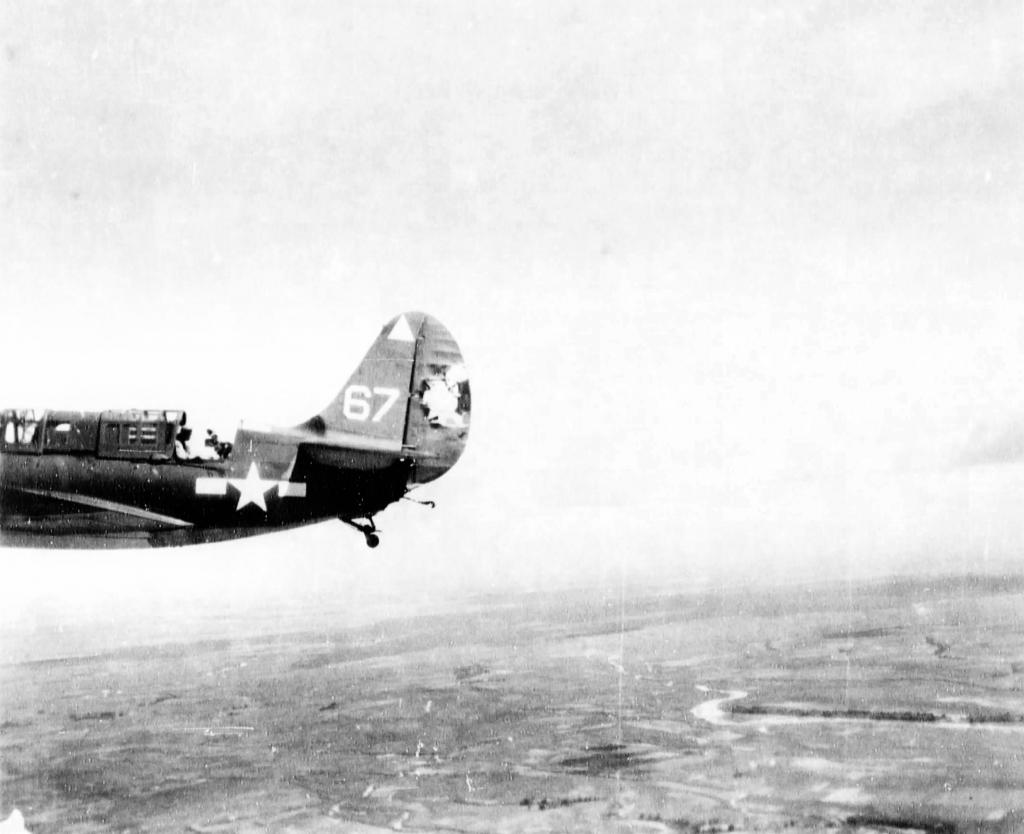 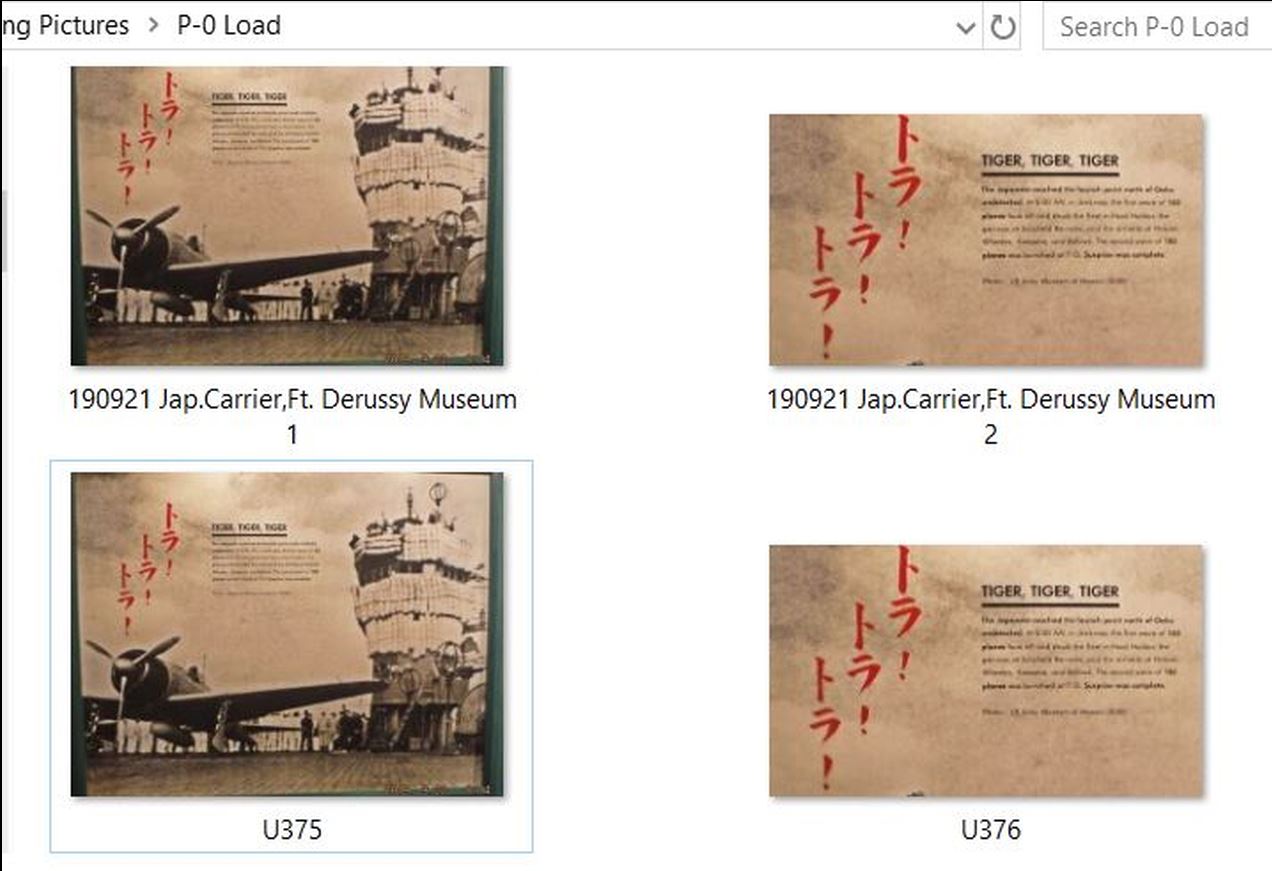 Zg057. A Japanese carrier is rigged with temporary protection around the ships control Island. The first time I have this seen done; this pictures is displayed in the Fort Derussy Army Museum in Waikiki

The above picture got lost due a mistake and only the thumbtack was left. I resized it but the writing is unreadable.