USCGC Eagle and some of its history. 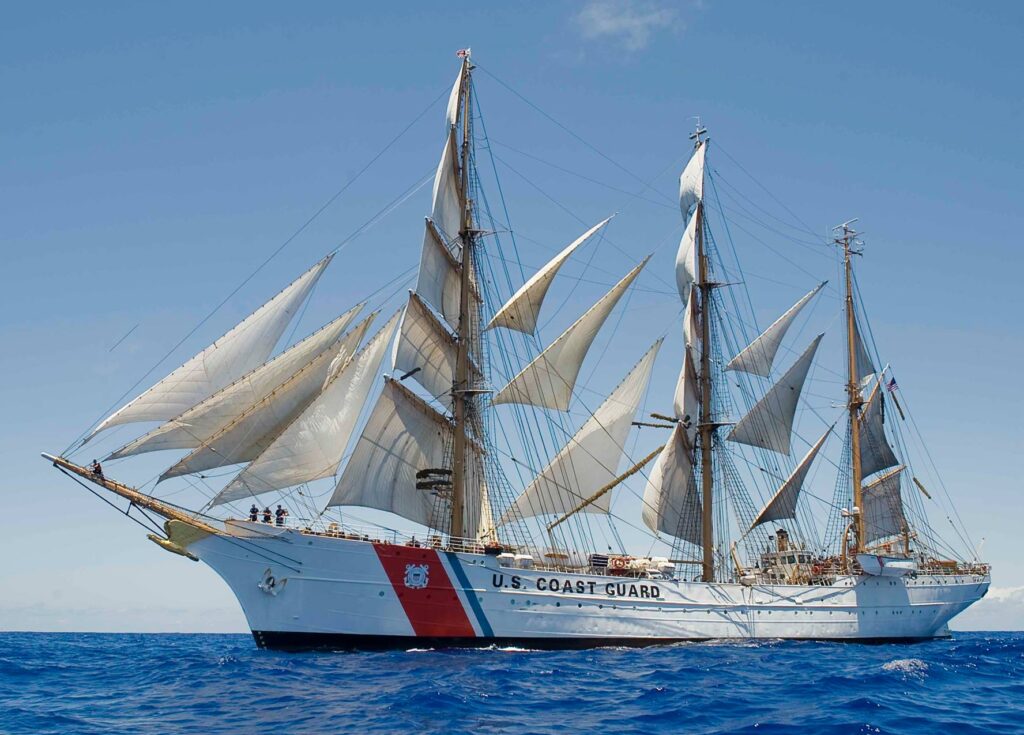 This is a little history of the US Coast Guard Cutter Eagle.

These two pics were sent to me by a friend, a Coast Guard Man and a Coastal Artillery Expert, Roger Davis. He wrote I might like them; yes Roger, I do and thanks. I reminded him though, that the USS Constitution is older than the Eagle.

Zf310. This looks like a recent picture of the USCG Commandant and a group of Coast Guard personal of Philippine or other Asian descent. Roger Davis sent this pic also.

Zf311. USS Constitution in Baltimore, if I remember it correctly, at the time I was going thru First Class Diver training in the Navy Yard in Washington DC. This was 1969, I got the helm, steady on course Liberty Call.

Zf312. USS Constitution in Baltimore, if I remember it correctly, at the time I was going thru First Class Diver training in the Navy Yard in Washington DC. This was 1969; I invited a South Viet Namese Officer Diving Student to come along.

Well the pictures got me interested and I looked at Wikipedia, click here; I copied 2 pictures and a few sentences:

Zf313. Eagle commenced its existence in Nazi Germany as Horst Wessel, a ship of the Gorch Fock class. Horst Wessel was an improvement on the original design. She was larger in dimension and her spars were all steel, unlike Gorch Fock‘s wooden yards. This picture came from the above Wikipedia URL

I also learned that Adolf Hitler sailed on her for 1 hour. On 21 August 1938, Adolf Hitler visited the ship and sailed for approximately one hour before departing.

Zf314. Eagle in Boston Harbor on 4 July 2012 as part of the OPSAIL 2012 celebrations, this picture came from the above Wikipedia URL.

Zf315. This is a very unique picture of a Coast Guard Boatswains Mate Chief (BMC), attending to the lighthouse, and taking care of much of his own chow by milking his cow. I can relate to that, I was a Boatswains Mate in the Navy. This picture was also sent by my friend Roger Davis. The picture came from one of the Naval Institute Publications. As I study WWII I was amazed to learn how many ships in WWII were manned by the Coast Guard. In Viet Nam, they impressed me too with their Patrol boats, they were bigger and better than the Navy ones and their crews were more experienced. Of course we kidded them as Shallow Water Navy or the Canoe Club Sailors.