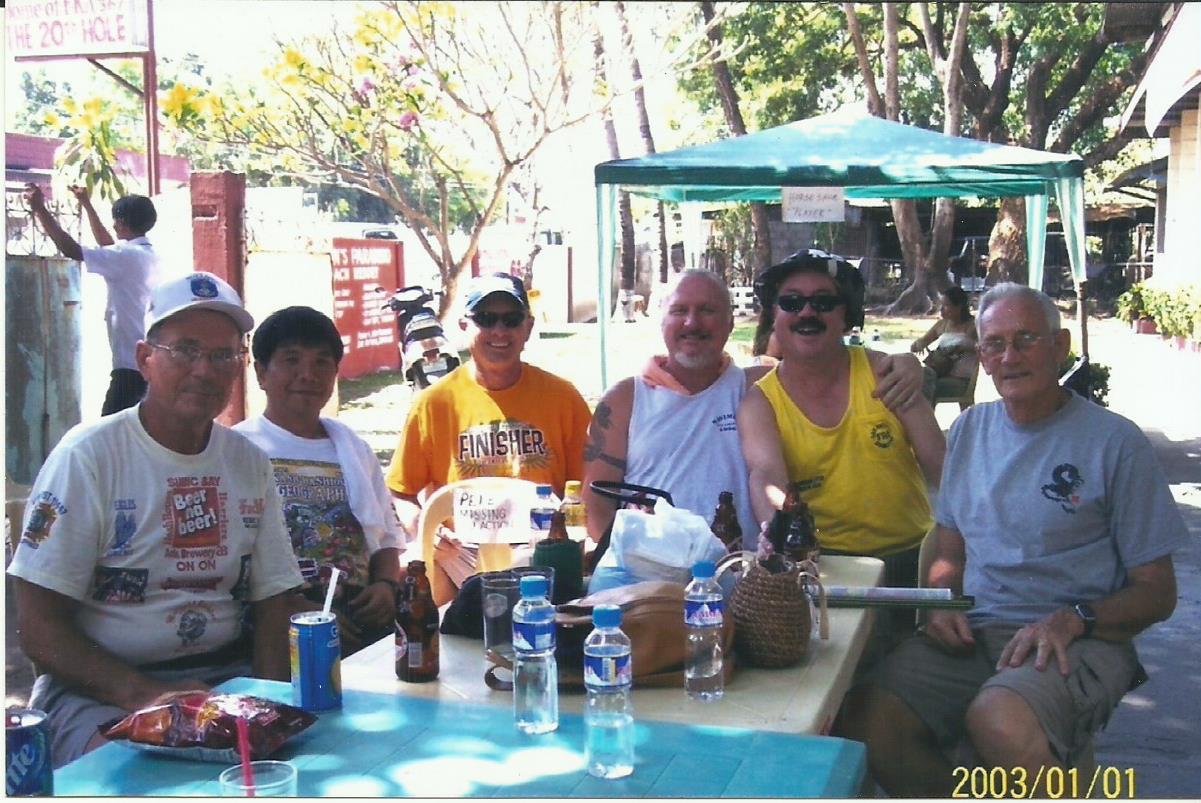 I retired in 1991 and stayed in Subic, Alan Yu served as a SKC on the USS Beaufort with Bill Loudermilk, when the USS Beaufort sunk in Subic. Charlie Moser, we served together in 3 commands, Dan I remember him from Pearl Harbor, Scott Simms, I remember him from Pearl Harbor and in Subic Bay we became friends, Bill Loudermilk, we met as divers in Da Nang 1966, we both worked clearing a wreck out off the Da Nang River for the German Hospital Ship Helgoland to tie up when it came to Da Nang. I don’t remember where and when this pic was shot.

US Navy Divers & Friends in Subic Bay enjoying our service and our life in this great place of memories!

These first 5 images were shot by Charlie Moser. I don’t know or remember when the pics were shot but it was before the virus from Red China arrived. He sent these pictures with Bill Loudermilk, who arrived here about the middle of June 2022. And Bill told me Charlie would be arriving here about Middle of July 2022. 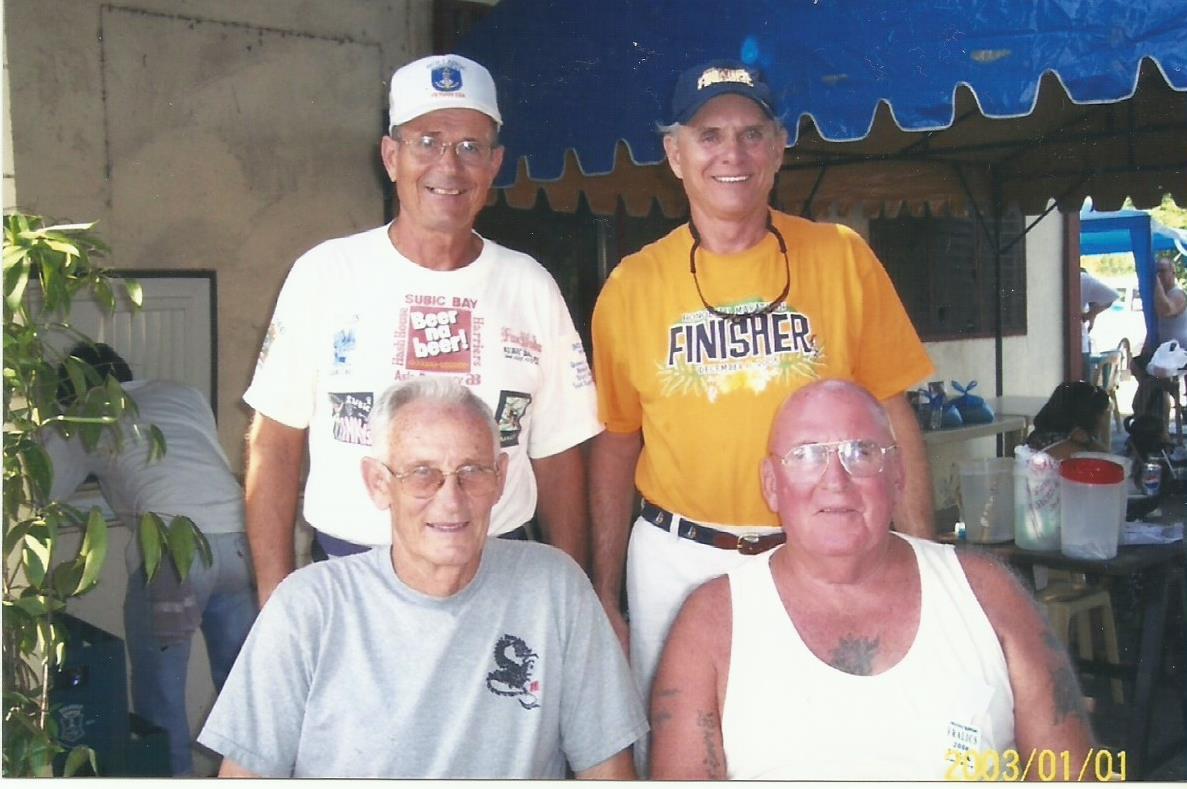 Zf685. In the rear are Karl Welteke aka Carlos & Charlie Moser a frequent visitor to Subic Bay. In the front are Bill Loudermilk & John. T. Brady. John was my boss on the Da Nang Diving Barge in 1966; I was a BM 1 then but still a 2nd Class Diver. 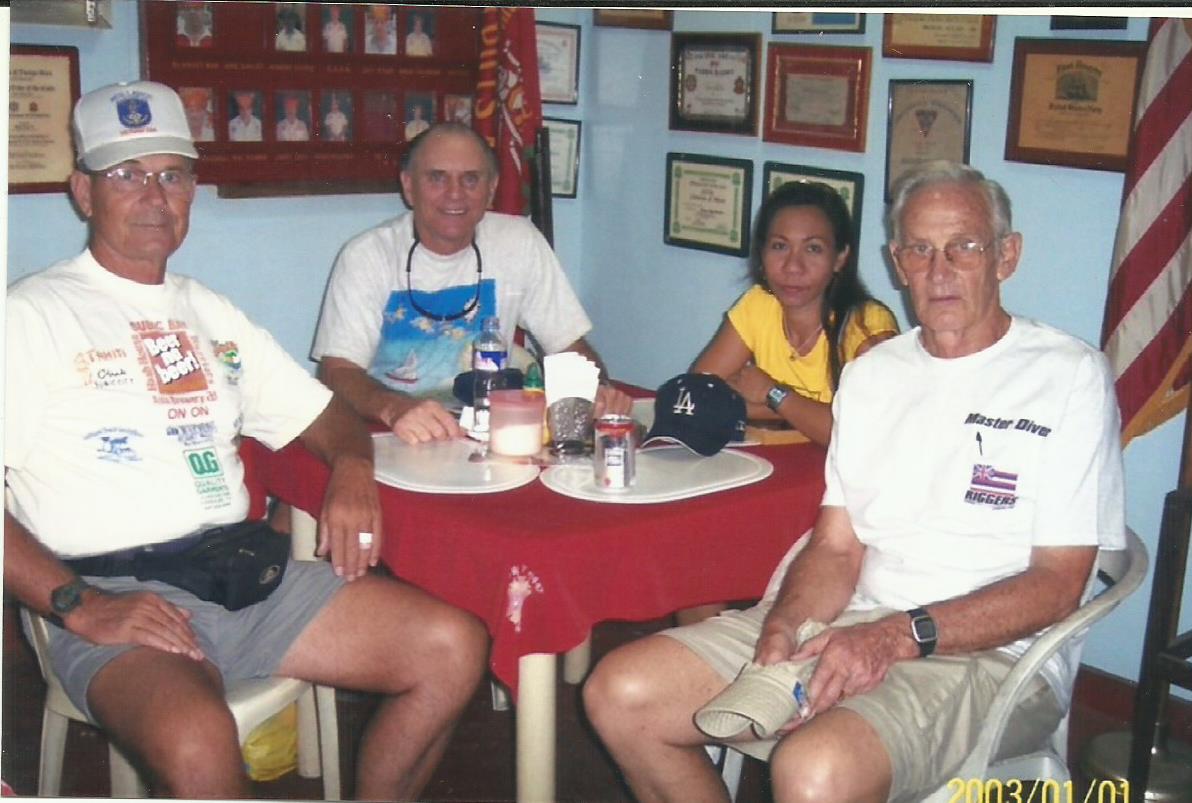 Zf686. This must be the VFW in Barrio Barretto in Subic Bay, maybe the FRA in San Miguel? From left to right are Karl aka Carlos, Charlie Moser, Yolee Loudermilk, and Bill Loudermilk. 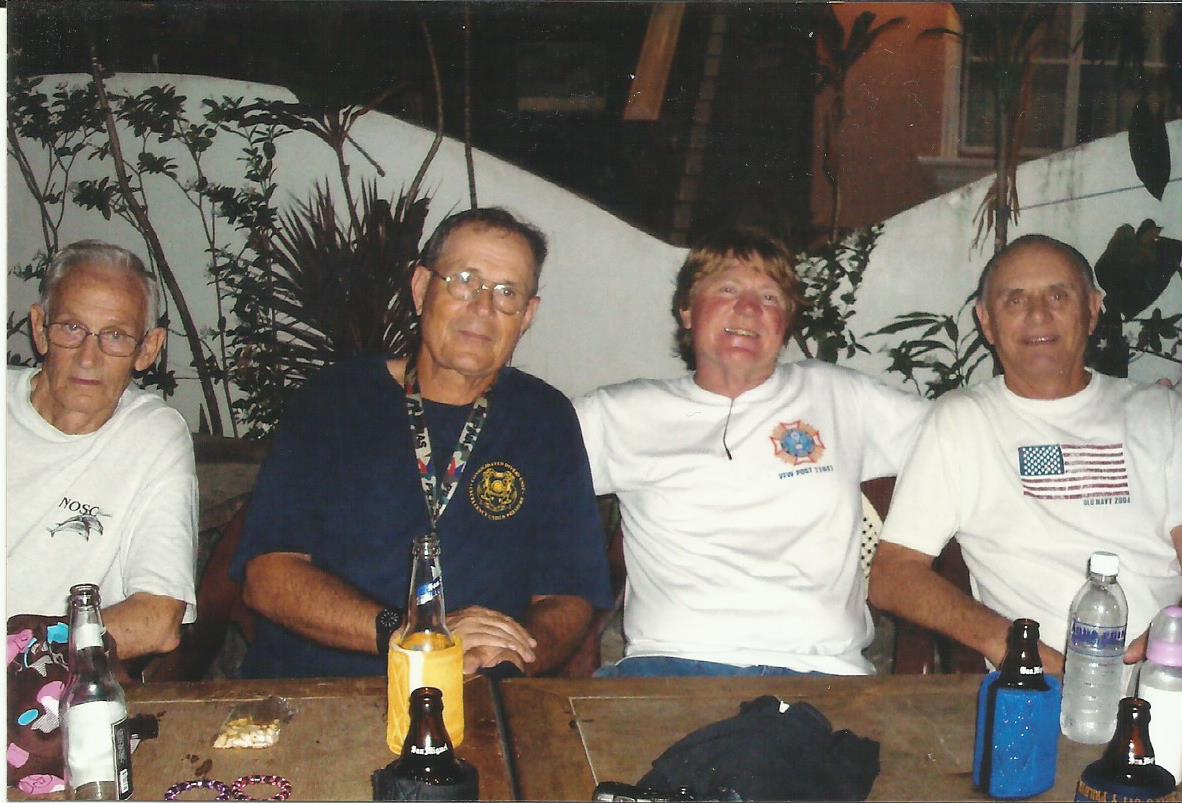 Zf687. From left to right are, Bill Loudermilk, Karl Welteke, Rick Storment and Charlie Moser. Rick is 20 years younger than me. He served both with Bill Loudermilk and me as a Seaman or as a young Petty Officer; he was a Gang-Ho Sailor then and now! Again, I don’t remember where, maybe at Rick’s house? 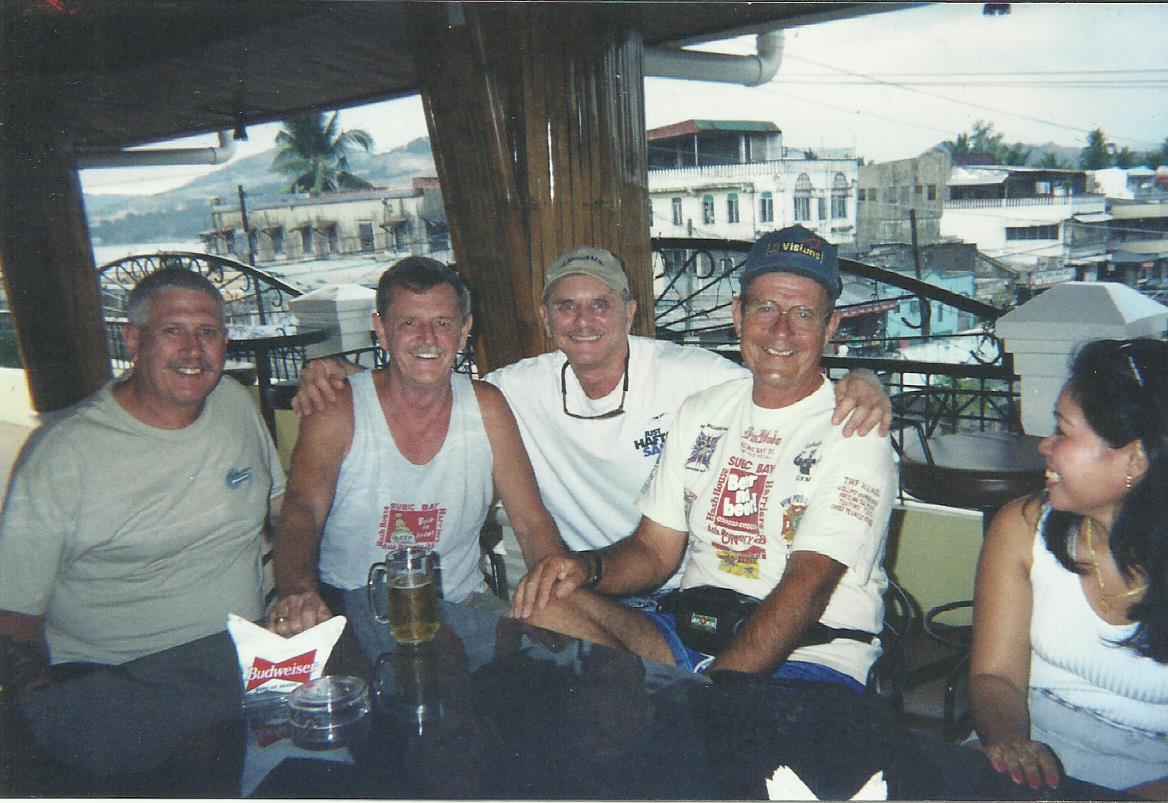 Zf688. From left to right are Tom Stone, we served together on the USS Coucal 1975-77, Carlito Pickering a long retired air dale Sailor who has retired earlier and has lived longer in Subic Bat then me, we are good friends, Charlie Moser and I. I don’t remember who the young lady was. Only yesterday, my friend Carlito refreshed our memory where this picture was shot! Do you know where? It was on the 3rd floor of the Miami Club in Subic City, proper name of the town is Calapandayan.