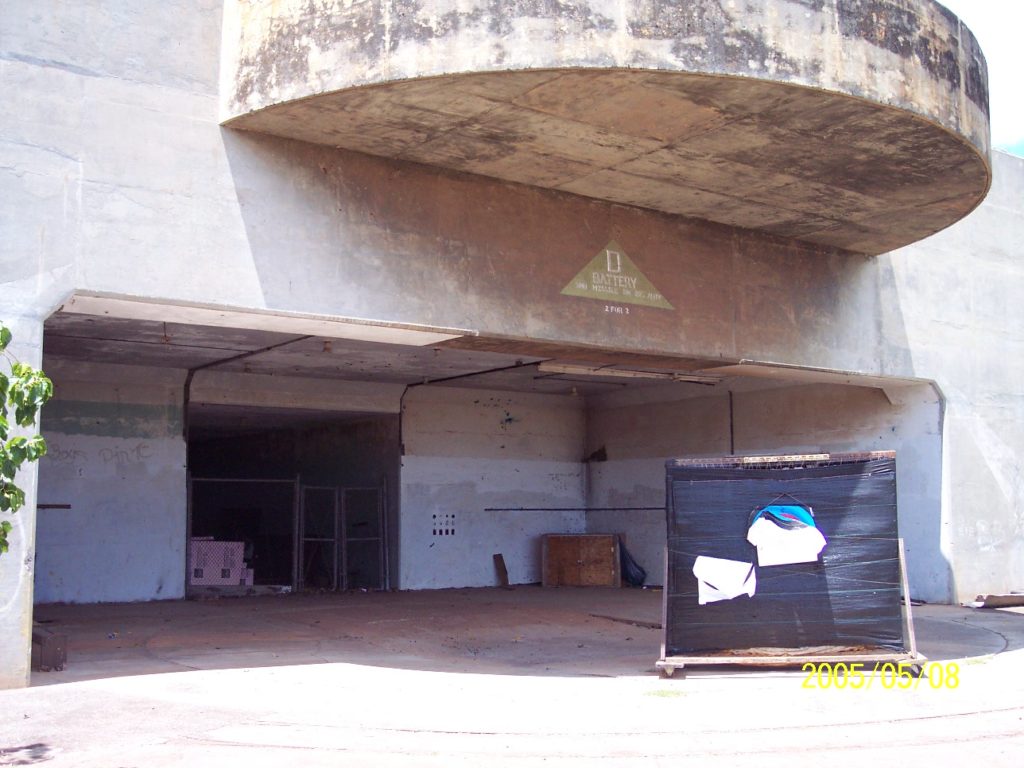 The fort had Battery Hatch inside armed with two 16-inch Mk II guns. The gun emplacement can be seen on the hill from the park.

The fort was constructed between July 1931 and late 1934, and handed over to the Coastal Artillery next year to defend the south west coast of Pearl Harbor.

After the war it had been used for a support base for a nearby Makakilo Hawaii National Guard Nike Hercules missile battery during the Cold War.

I have temporary moved to Hawaii for family reasons but my interest in history remains. There is a lot of history in Hawaii, after all the Pacific War started here.

Not far from my new residence is the former Fort Barrette. I actually visited it in 2005 and took a lot of pictures and I want to visit it again. But this time I looked at the internet first and found three interesting URLs. 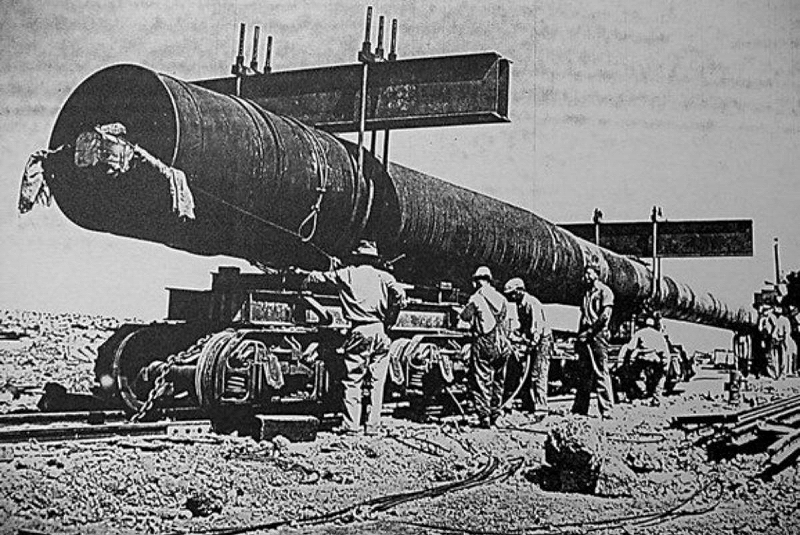 Ze524. In this picture the 16-inch Mk II gun on a railway bogie was being installed in the battery. It was able to shoot two ton explosive shells 28 miles out to the sea. The scale of the gun was larger than main guns on U.S. battle ships. The casemate was installed later during the war.

This picture came from this URL, it has a lot of pictures as the fort looks now much later after the war and after it was abandoned. The City and County of Honolulu owns it and it lets and archery group use it. This is the URL, click here or copy and paste it:

Note from Karl: That is not accurate. 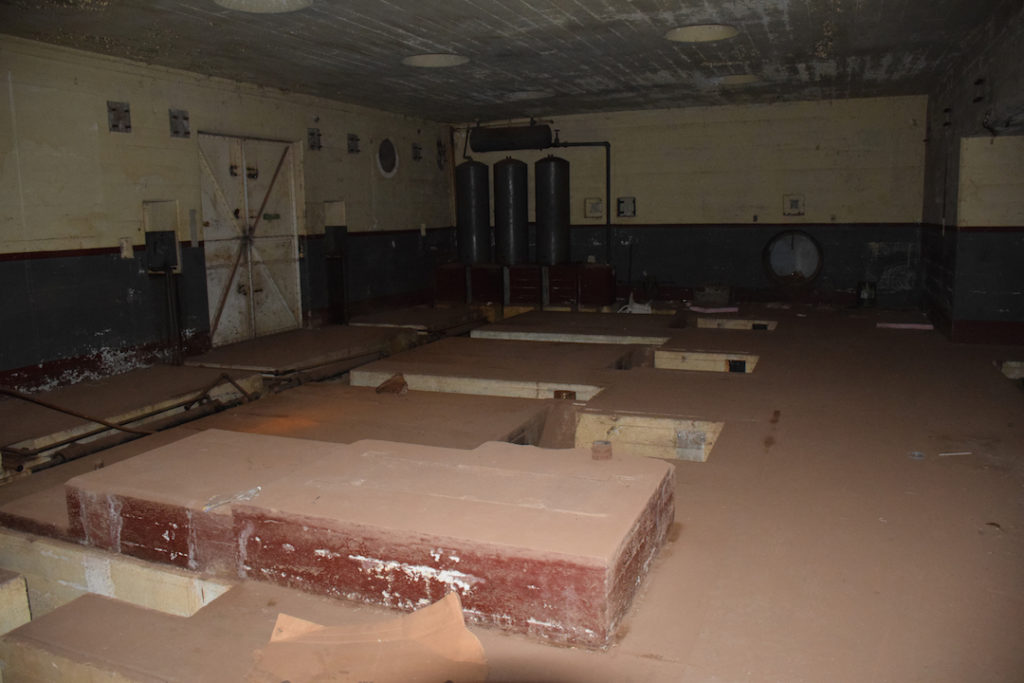 Ze525. This seems to be a machinery room; I think only these two people have seen it. On my 2005 visit I did not enter this room nor did I know that it exists.

On the 9th Oct. 2019 roland1369 wrote this in the -corregidor proboard forum- (Click here for the URL) or copy and paste this URL:

Karl, the room that they entered through the ventilation shaft is the Power room for the Battery. The three pads originally contained 3-100 KVA generators powered by Winton Diesel engines. There was in addition a 25 KW gasoline engine which powered an air compressor. The compressor was used to fill the three large air tanks shown in the pictures, these were used to start the diesel generators. I visited the site twice during the late 1990s but my camera malfunctioned in the power room so I got no pictures. The building with the rails on the concrete shelve40s is one of the eight magazines dispersed within the reservation and connected by a rail system to each other and the gun casemate. The 2340-pound AP projectiles were stored horizontally on the rails and rolled on the rails onto small railcars which ran on the tracks between the shelves. Powder, 660 pounds per shot, was stored vertically in airtight metal cans, 2-110-pound charges per can, and moved to the guns by the same railway cars. Incidentally these 16-inch mounts were of the second series which utilized surplus Navy Mark II guns as opposed to the original series of m 1919 army 16-inch guns. 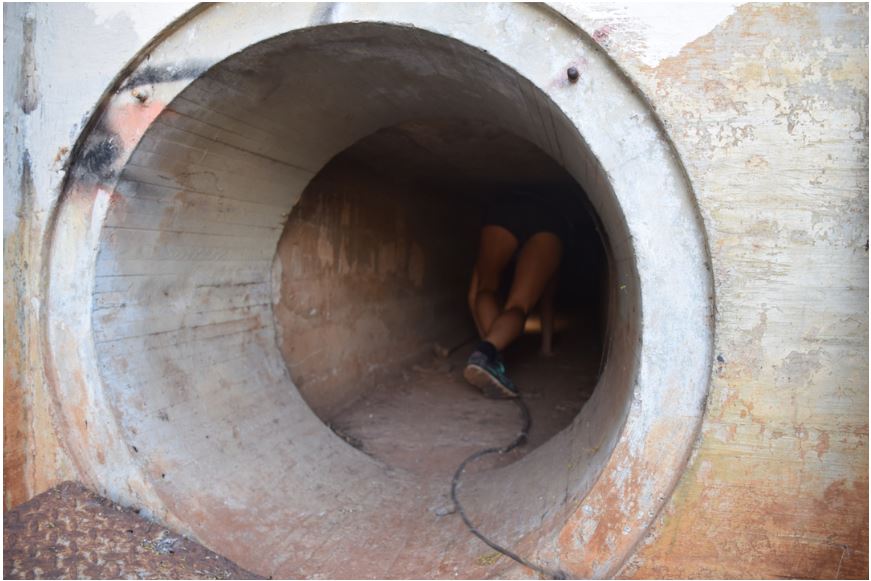 Ze626. It seems these two visitors entered that machinery room this way. Their web page also has many pictures as the former Fort Barrette looks now. The above two pictures came from this web page, click here or copy it and paste it: 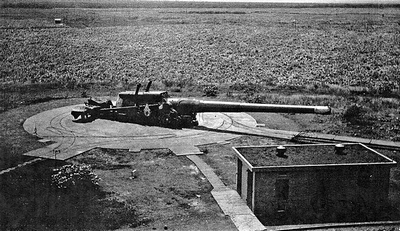 Ze527. Fort Barrette was one of many such gun emplacements around O’ahu, and by the end of World War II, the island was one of the most heavily defended places in the world.

On Dec. 7, 1941, the Japanese strafed the then-uncovered gun emplacement, and Cpl. Joseph A. Medlen was killed.

According to William H. Dorrance in “O’ahu’s Hidden History,” the Army in 1942 began to “casemate” or provide overhead protection for the guns with eight to 12 feet of concrete. The above picture and text came from this URL, click here or copy and paste the URL:

The above picture and text came from this URL, click here or copy and past it:

Note from Karl: This URL seems more accurate than the two previous URLs.

One thought on “Fort Barrette in Kapolei, Oahu, Hawaii.”