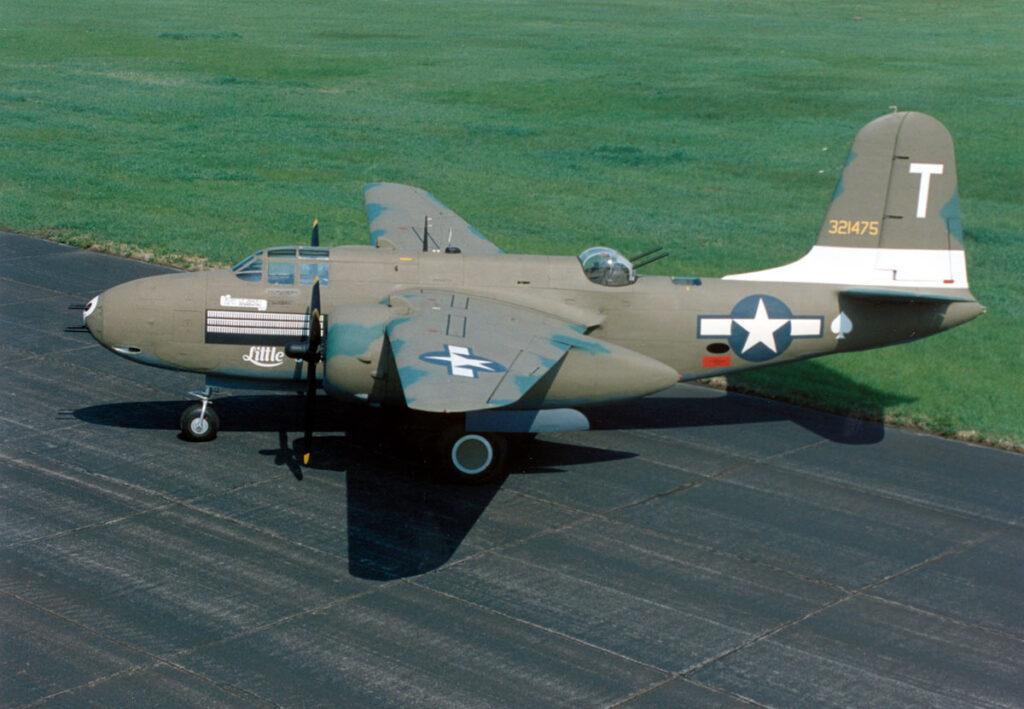 Zf092. A-20G Havoc displayed at the National Museum of the U.S. Air Force. Photo is from Wikipedia. 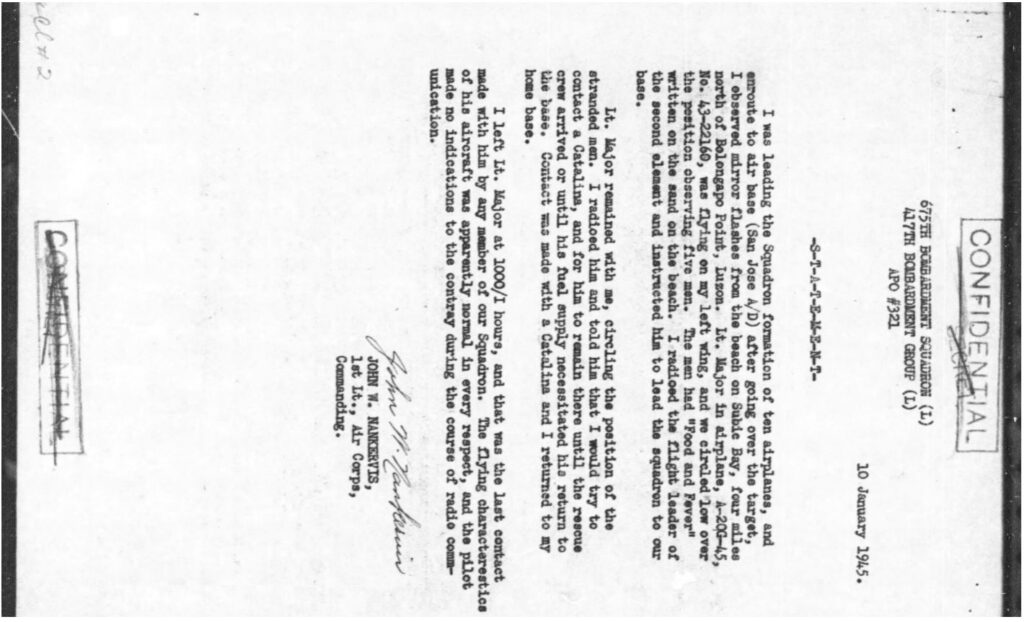 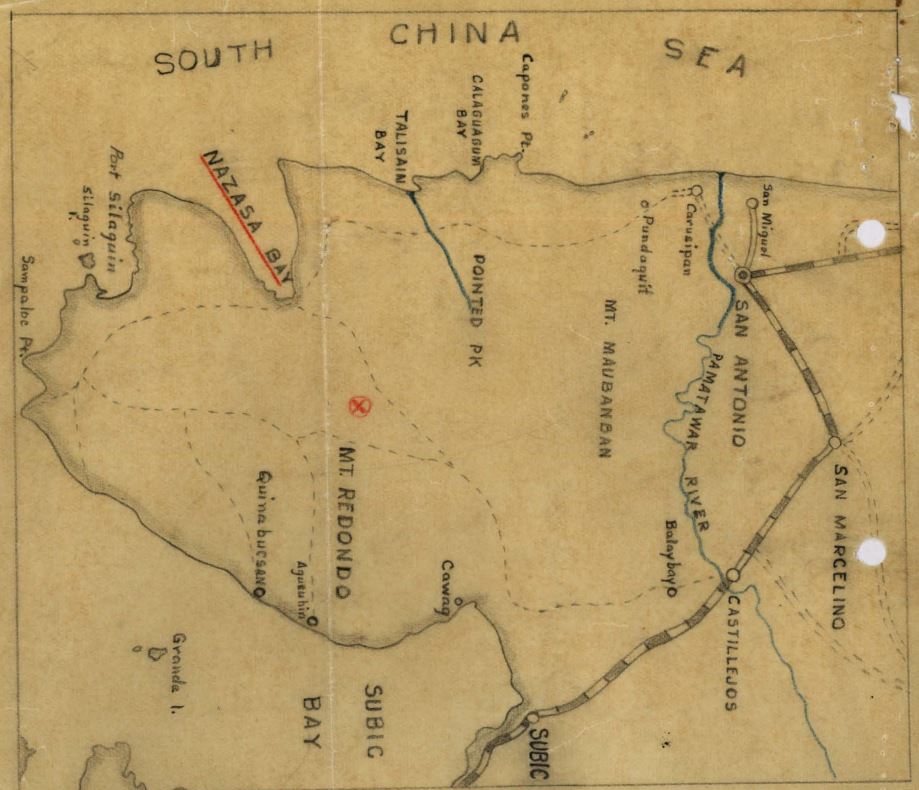 Zf094a. This is the map created by the search party which found the plane and recovered the remains of two people in 1946.

Our long time Corregidor Forum member Chad Hill asked me whether I saw any traces of that crash when I recently climbed Mt Redondo; he wrote this:

Hello Karl,
While you were climbing on Mt. Redondo did you see any trace of this A-20 Havoc which crashed there in January 1945, killing both crewmen? There are maps in the attached X-file.
Best, Chad

He also sent me the X-file, a pdf file, and other documents about this crash, the personnel recovery, and the identification struggle. I don’t know how to make that pdf file available via the internet, but you can mail or message me, or Chad and we would send you copies. Chad told me this X-File came original from John Eakin, an dedicated expert in these matters.

I know that area, the Redondo Peninsular very well, I have hiked there often in the last 25 years. I doubt that the crash occurred on Mt. Redondo based on the crash search and recovery report, presented here now. I will present my arguments afterwards.

The search and recovery report, 1946 by Anseimo R. Ortiz! 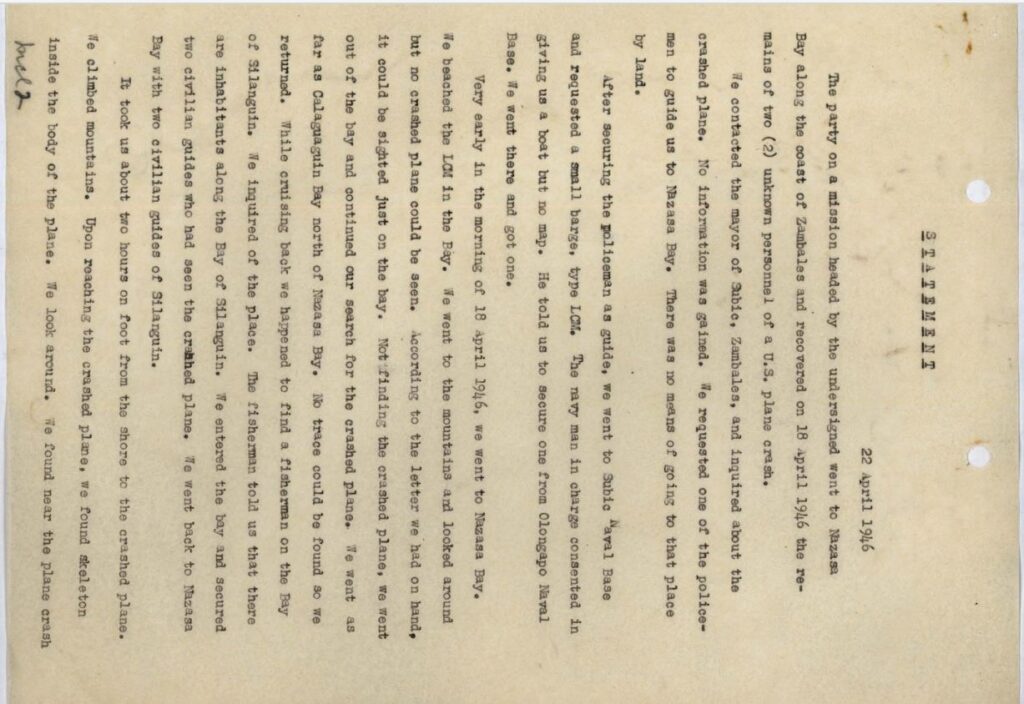 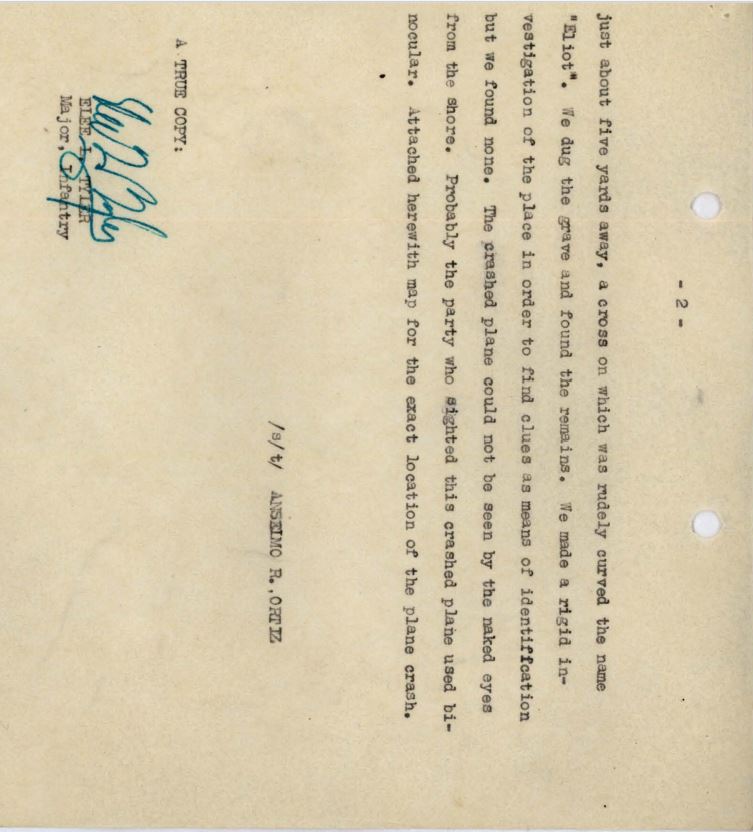 Zf097. A section of a 1:50000 map of the Redondo Peninsular, the contour lines are hard to see but the names are right. 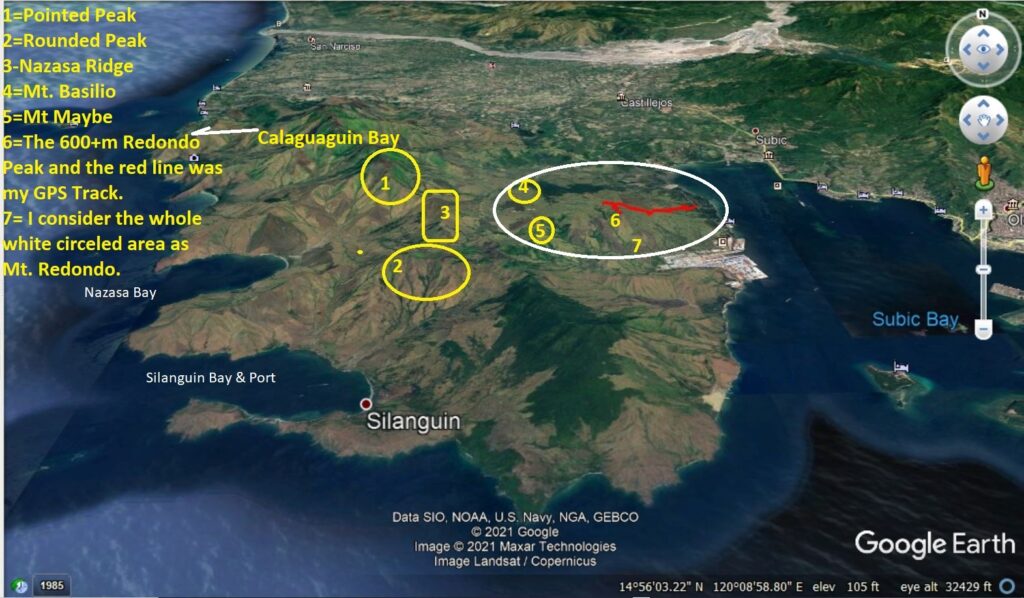 Zf098. A-Google Earth image of the Redondo Peninsular marked up with information I know.

Here is my argument that the crash was unlikely on Mt. Redondo. I speculate that the cash was somewhere on the west flank/side of the Nazasa Ridge.

-The map is not an accurate job of marking the crash site. The person in charge is not mentioning Nazasa Ridge which is a dominant feature here in the crash area, or the important river valley between Nazasa Ridge and the Redondo Mountain complex.!

-No way could they have walked to and over the Nazasa Ridge and then up one of the Mt. Redondo Peaks, Mt. Basilio or Mt. Maybe in 2 hours, it would have taken at least 4 hours.

-It is noteworthy that the search crew was unable to attain any crash information from the Mt. Redondo area which is under the Cawag and Subic Town authority. But they were able to attain information on the west side of the Nazasa Ridge, at sea from a fisherman who directed them to the people in Silanguin Bay who had knowledge of the crash. The west side of the Nazasa Ridge is under the San Antonio Town authority.