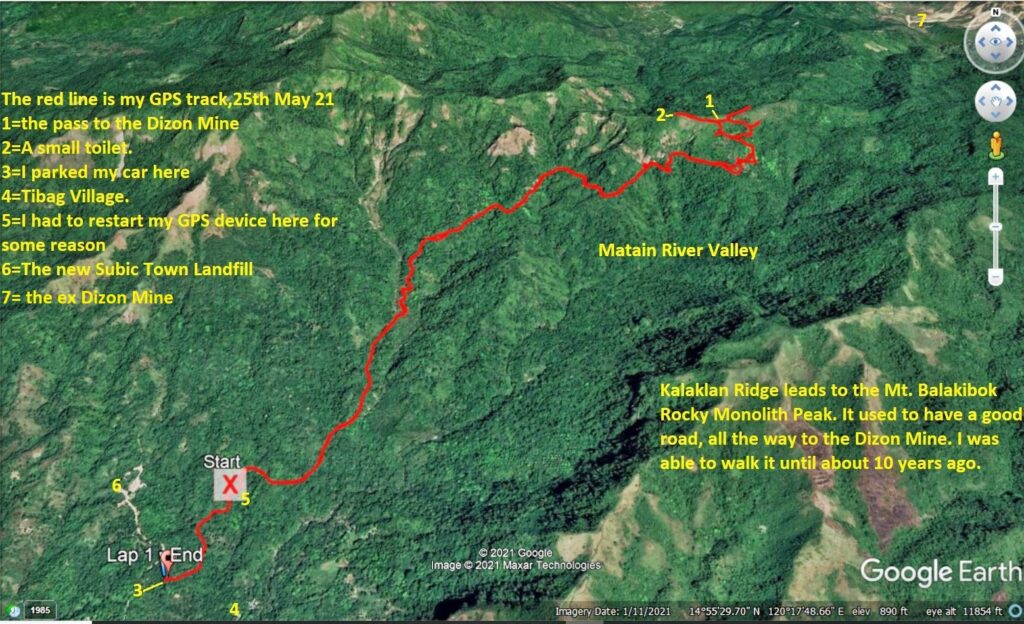 Zf167. My track in the Matain River Valley to the Dizon Mine Pass zoomed in. In the valley the trail was a pretty good trail, easy to follow. But near my goal the tracks became many and were confusing. There was much animal activity (tracks or disturbed soil, grounds) on top, under the pass but on this side only. And the former road had completely disappeared.
About 1994 the Dizon Family built a new road at along the track I walked today. They wanted an alternat5e road to their mine. But the Benguet Corporation never used it and it is pretty much grown over now.