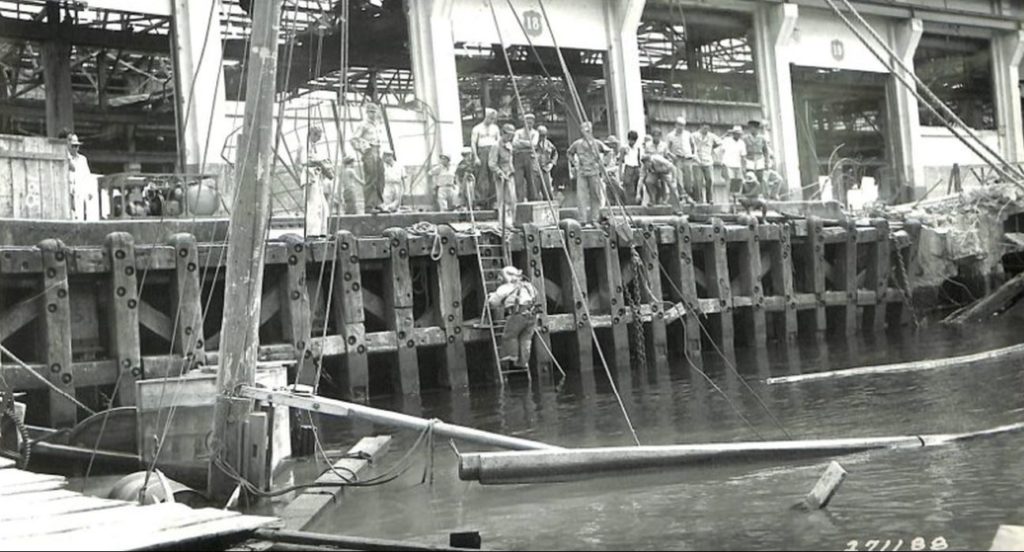 Zc775. U.S. Navy Deep Sea Diver diving on a sunken Japanese vessel next to Pier 7 in1945 at Manila. If I had been born earlier and on the right side of the war it could have been me. I was a U. S. Navy Deep Sea Diver (Hard Head Diver) after the war. That hard head rig weighed about 193 pounds; it was not easy to walk up a ladder with that rig. Bob Hudson provided this picture; he has an interesting web page, or click here:

A collection of WWII images from the world wide web (WWW). These are pictures that drew my attention or are telling me a story that interests me. 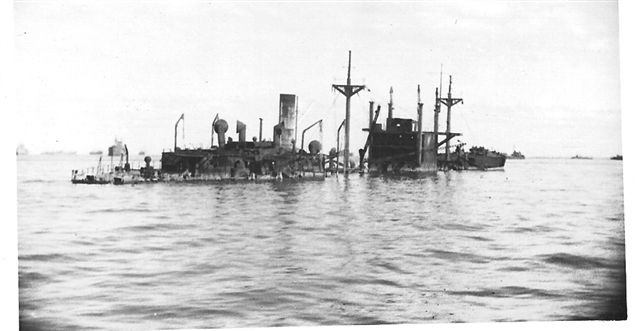 Zo625. One of many sunken ships, wrecks then, blocking the Manila Harbor in WWII. Image, curtesy of Pacific Paratrooper webpages.

Eye Witness Account – Clearing Manila Harbor, lets start with this story.
This is condensed from a story written by Rear Admiral William A. Sullivan and appears in “The Pacific War Remembered” edited by John T. Mason Jr. 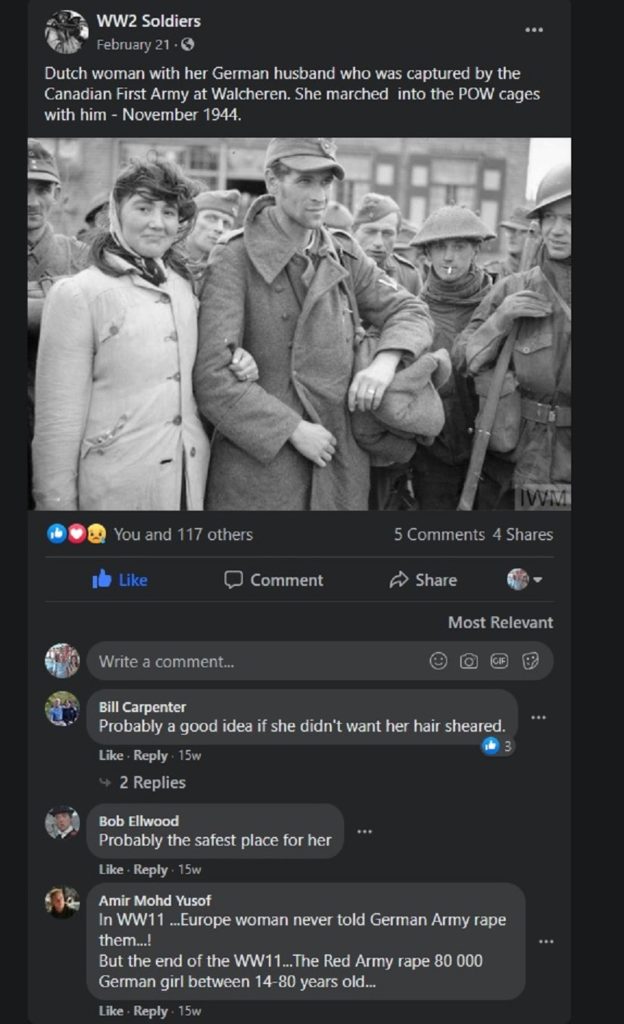 Zo690. WW2 Soldiers. Dutch woman with her German husband who was captured by the Canadian First Army at Walcheren. She marched into the POW cages with him – November 1944. From Facebook, click here: