Zo599. A view of the “Mile Long Barracks” from the Lighthouse and across the Officer Quarters. The Officer Quarter had to give way to the present Pacific War Memorial which is located here now. GIs then and GIs now, like me, like to go up the lighthouse and enjoy the view.
—————————–
This is an album (Philippines 1945) from the Berger Girls, this is the album URL (it has 3 pages and I selected the Corregidor images only) or click here:
http://www.bergergirls.com/showalbum.php?albumID=24

The pictures were shot or collected by the WWII U.S. Army GI Russel A. Berger. His daughter Kathy Stefanik gave me permission to use the images. Soldier Russ Berger belonged to the 673 Replacement Company and maybe the company was involved cleaning up Corregidor.
——————————– 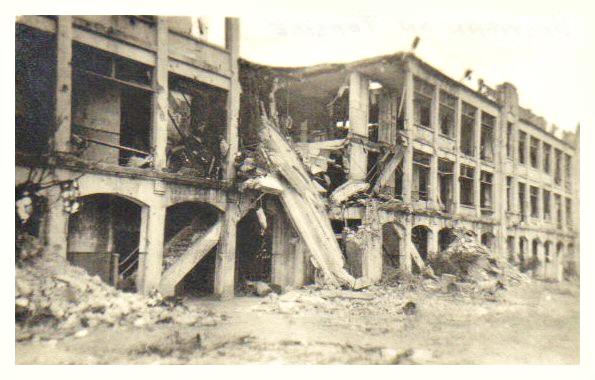 Zo600. This picture is labeled Hospital but I think, it must be one of the long barracks, Topside or Middleside. The 3-story portion of the Corregidor hospital is not that long. 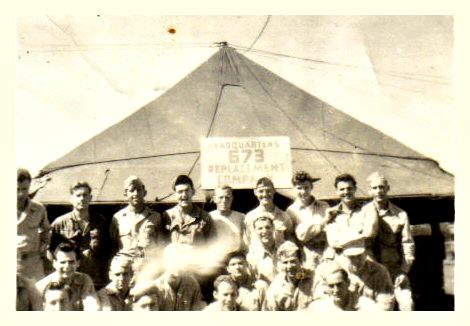 Zo601. The Head Quarters tent and staff of the 673 Replacement Company. 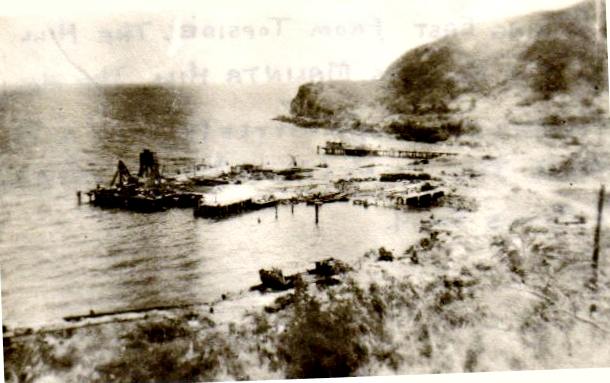 Zo602. A view of the Corregidor Bottomside Northshore, with the Army Mine-dock in center and behind it is the Lorcha-dock where Gen MacArthur departed from in 1945 on orders from President Roosevelt. 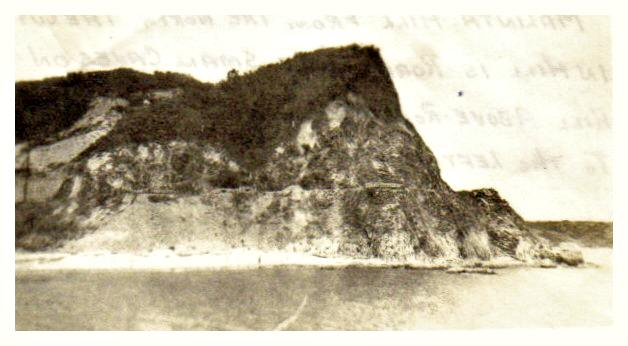 Zo603. A view of Malinta Hill on Corregidor, perhaps from the South-dock, used by the Navy in WWII. This is the south end, San Jose Point of Malinta Hill. 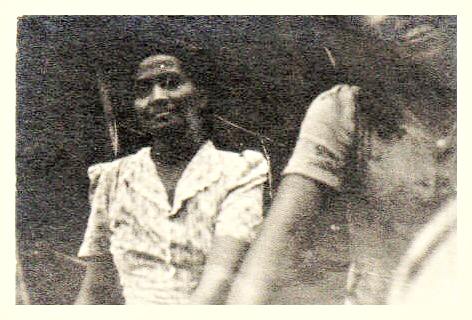 Zo604. Two Filipina Lady laundry girls, they are probably happy to have a job and a salary, US GIs paid more than the Japanese and were probably friendlier bosses. This picture maybe was not on Corregidor, I don’t think they brought civilians on the island in 1945. 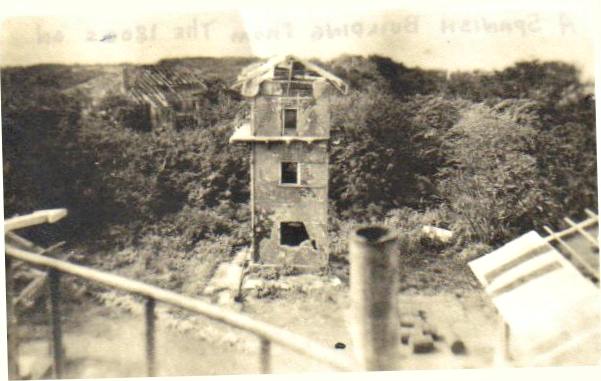 Zo605. This, I believe, is the Fort Mills Signal Tower, as viewed from the Topside Lighthouse in the west direction. 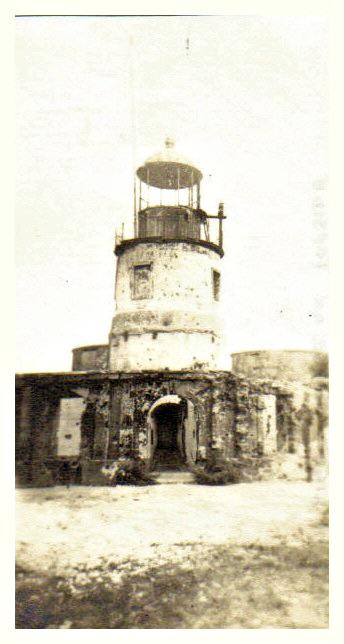 Zo606.This is the Corregidor Lighthouse in 1945, it survived all the Japanese shelling and bombing pretty good. The US bombing spared it also. 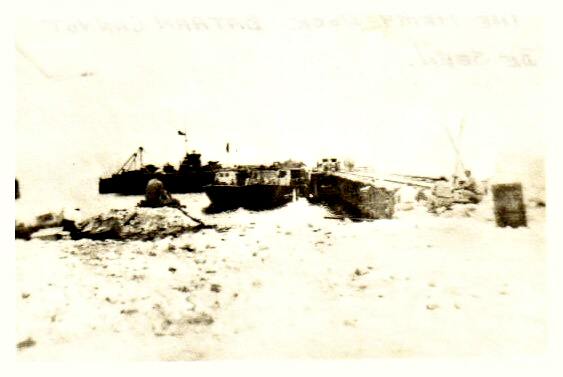 Zo607. The webpage says this is the Corregidor North-dock, it must be the Lorcha-dock. 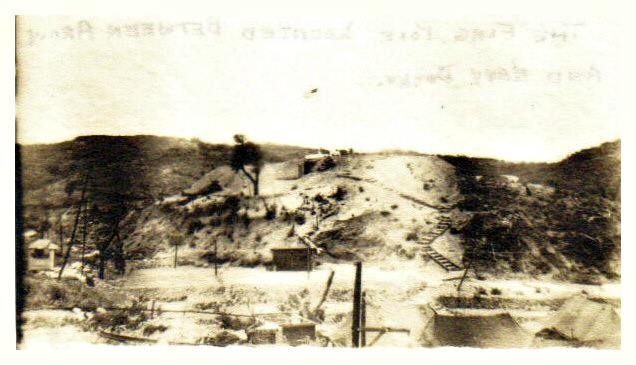 Zo608. This is Skipper Hill at Corregidor Bottomside, we are looking west. Those concrete steps are still there. It looks like the Army rigged a U. S. Flag on this hill. In earlier history Fort Mills had a saluting battery there. 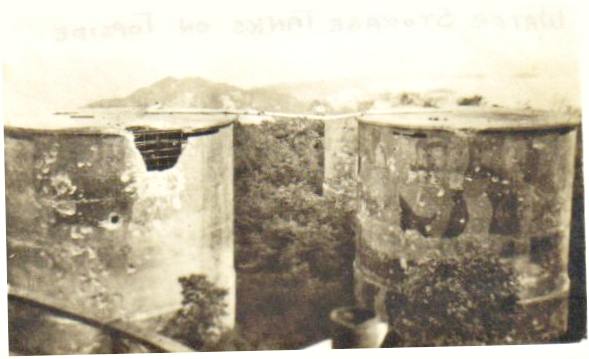 Zo609. Three of the 4 big water tanks just east of the Corregidor Lighthouse. 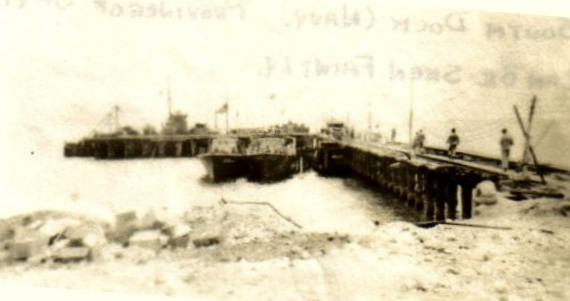 Zo610. This is Corregidor South-dock. During the 1942 Siege it was mainly used by the Navy. 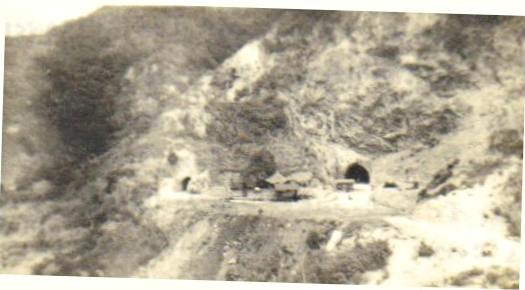 Zo611. This is a great picture of the west entrances of the Malinta Hill Tunnel. Besides the Malinta Tunnel west entrance, the right one, to the left is a smaller entrance on the same level. That entrance leads to the fuel tank lateral tunnels. That one is also still open today. 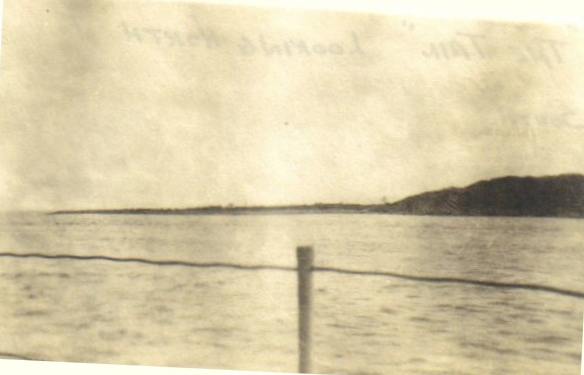 Zo612. This picture is called “Tailend” but I think, it cannot be the Corregidor Tailend. It looks to me like the east end of Caballo Island, the former Fort Hughes. This would be a view south from the Corregidor Island Tailend. 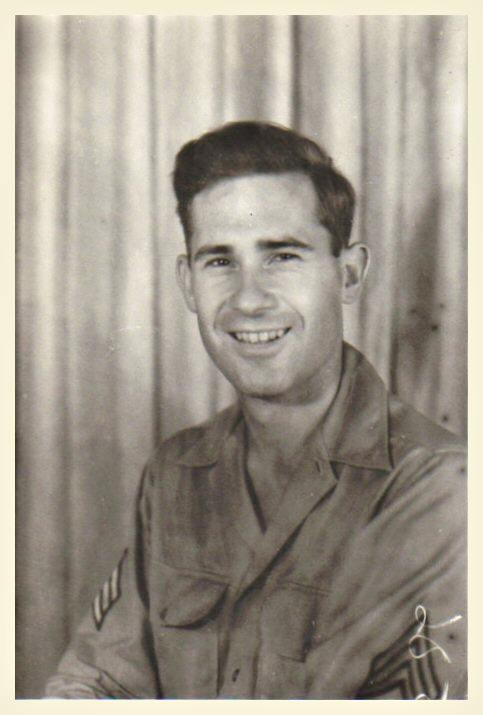 Zo613. This is Sgt. Russel A. Berger who shot or collected these pictures; his daughter made them available in the above URL. 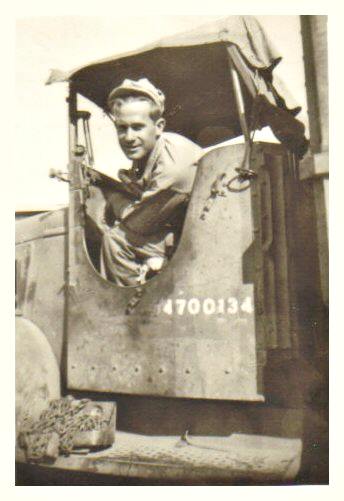 Zo614. This is Sgt. Russel A. Berger who shot or collected these pictures; his daughter made them available in the above URL. 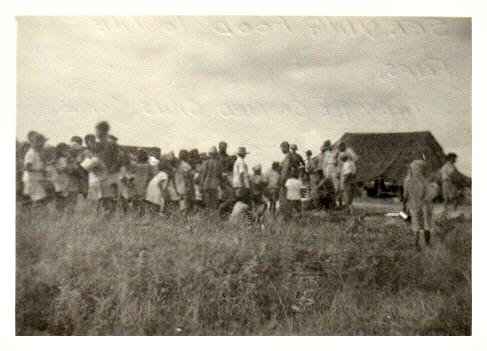 Zo615. This is a scene of Filipinos lined up for chow. In 1945 in many areas the Filipinos were starving under the Imperial Japanese occupation. Sgt. Berger has several pictures like this one in his collection but it could not have been on Corregidor. All the civilians were evacuated in 1941 and were never brought back.

Zo616. This the Corregidor map from a bigger 1:50000 Bataan map. Sgt. Berger shot many of his 1945 pics from the Corregidor Lighthouse and many at Bottomside. Some landmarks and descriptions have been added. 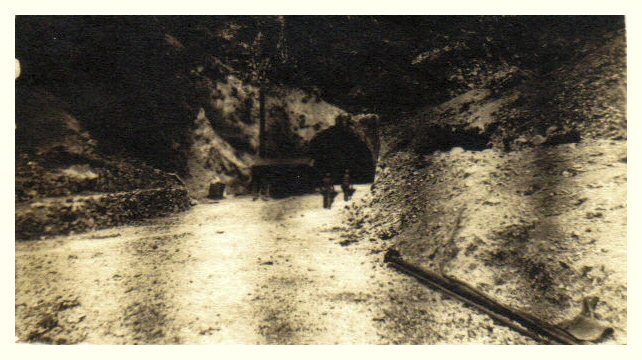 Zo619. Two Japanese POWs are entering the west entrance of the Main Malinta Hill Tunnel. This must be at the end of 1945 and it looks like they made good progress cleaning up the tunnel. 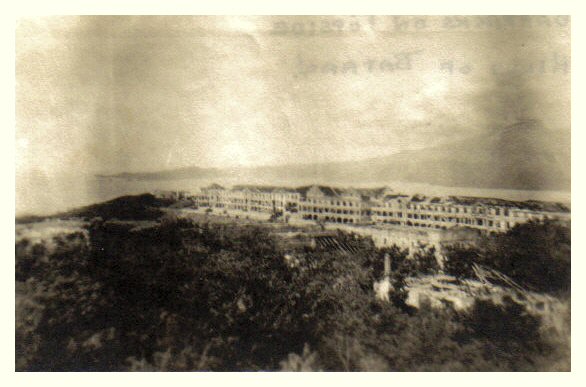 Zo620. Another view of the so-called “Mile Long Barracks” from the Corregidor Lighthouse. Bataan is in back, left is Mariveles and right is the volcano Mt. Mariveles.