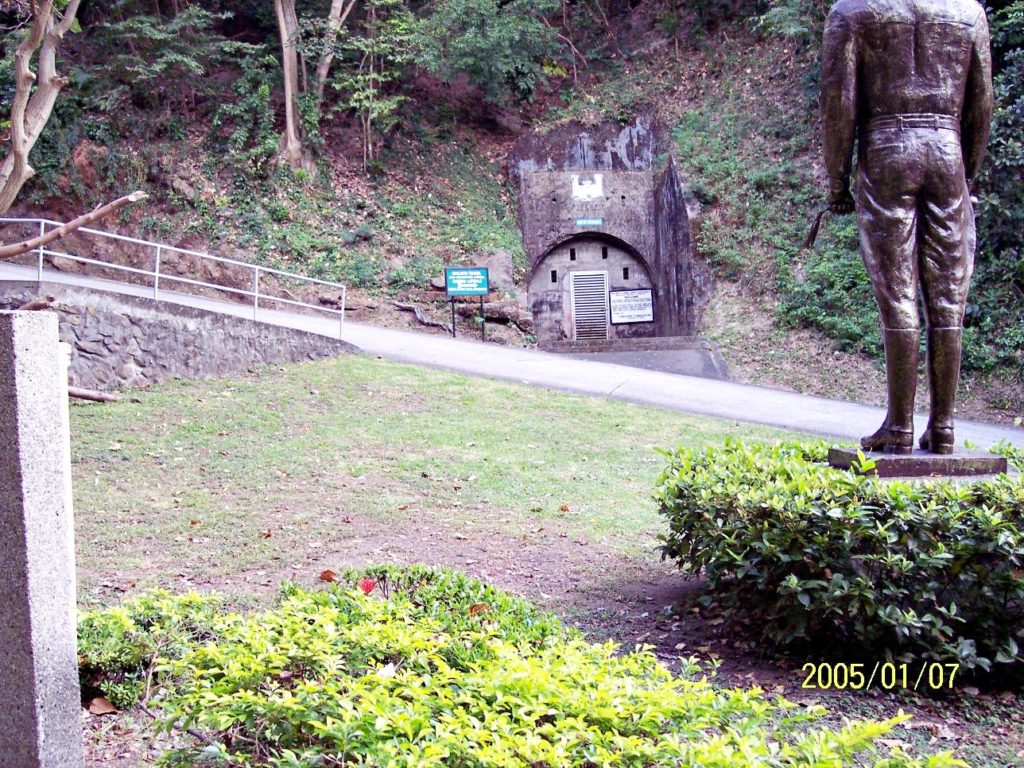 The North Entrance to the Malinta Hill Tunnel is special, it leads to and from the Malinta Hill Hospital Tunnels. It is associated with President Quezon who may have come here to enjoy fresh air during the Siege. Until 2005 there was a Memorial dedicated to him just outside the North Entrance across the Corregidor North Road. It has the U.S. Army Engineering Icon placed over the entrance.

Zo410. North Entrance to the Malinta Hill Tunnel from the inside. This picture was shot in Feb. 2004 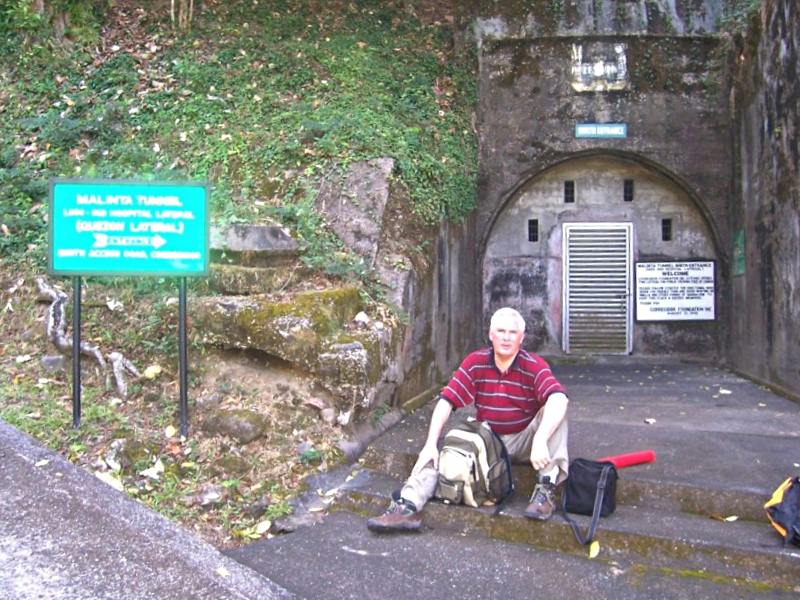 Zo411. The North Entrance to the Malinta Hill Tunnel. This is a Feb. 2006 image, it is graced with the picture of “Phantom” (Corregidor Forum Fame), Tom Aring a former Pease Corps Volunteer. He visited Corregidor often and that is where we met many times. He died from a road accident in 2015 and by his wishes the family put his ashes to rest near the Eternal Flame, Topside on Corregidor in Feb. 2016. He was a dear friend, I miss him. 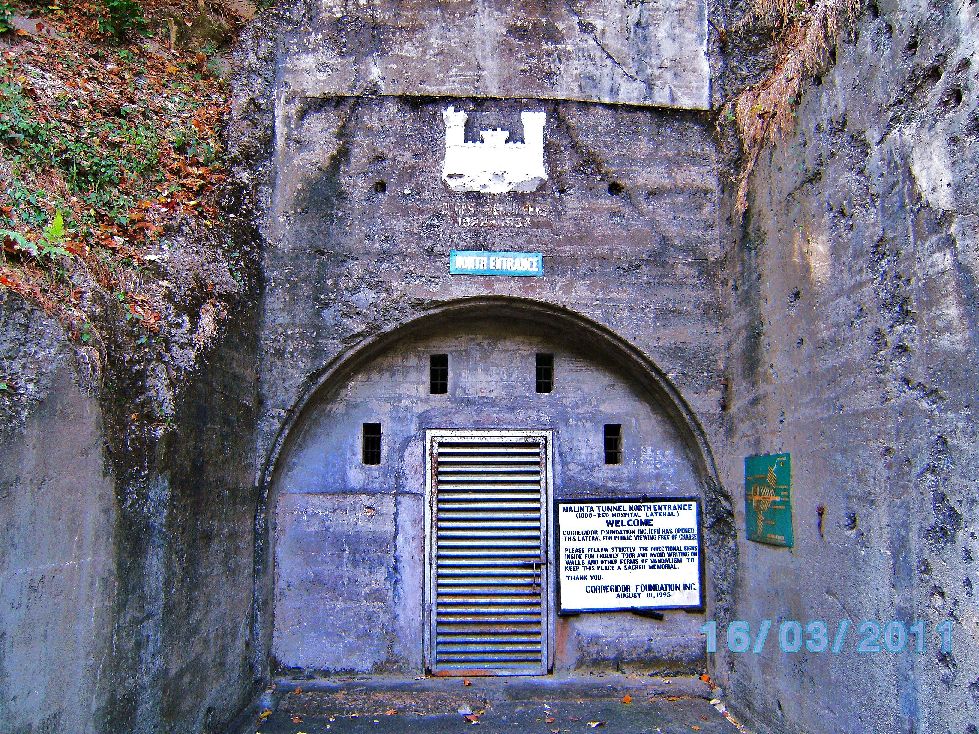 Zo412. A close-up image of the North Entrance to the Malinta Hill Tunnel shot in March 2011. 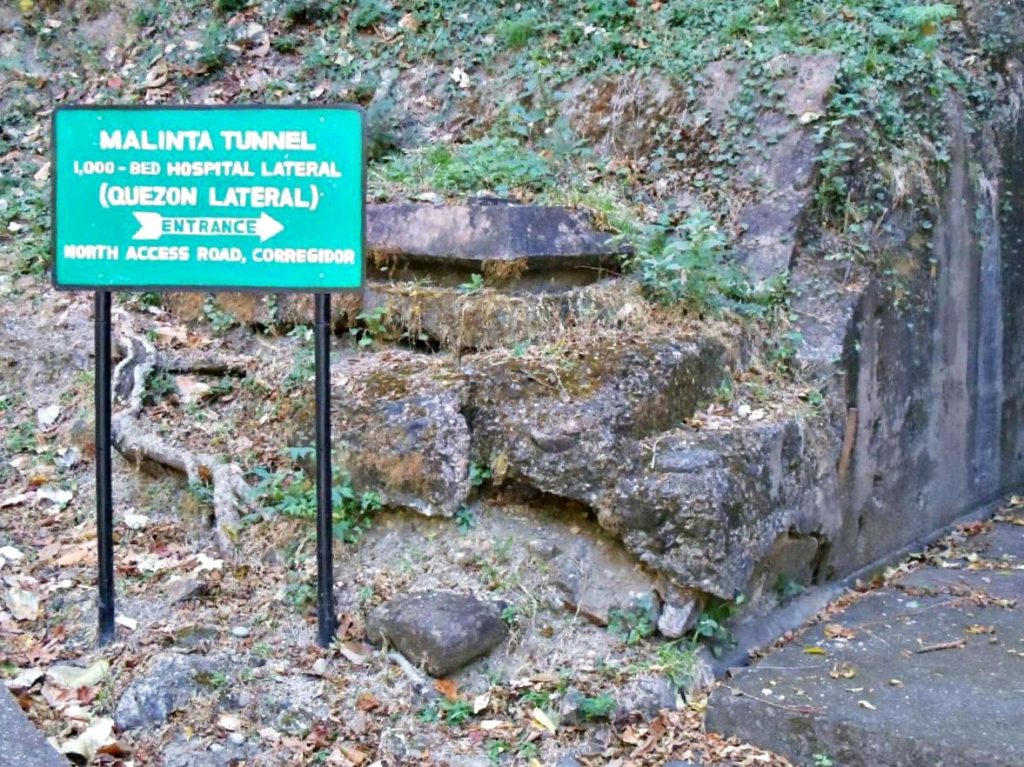 Zo413. A close-up image of the information sign at the North Entrance to the Malinta Hill Tunnel shot in Jan. 2012. 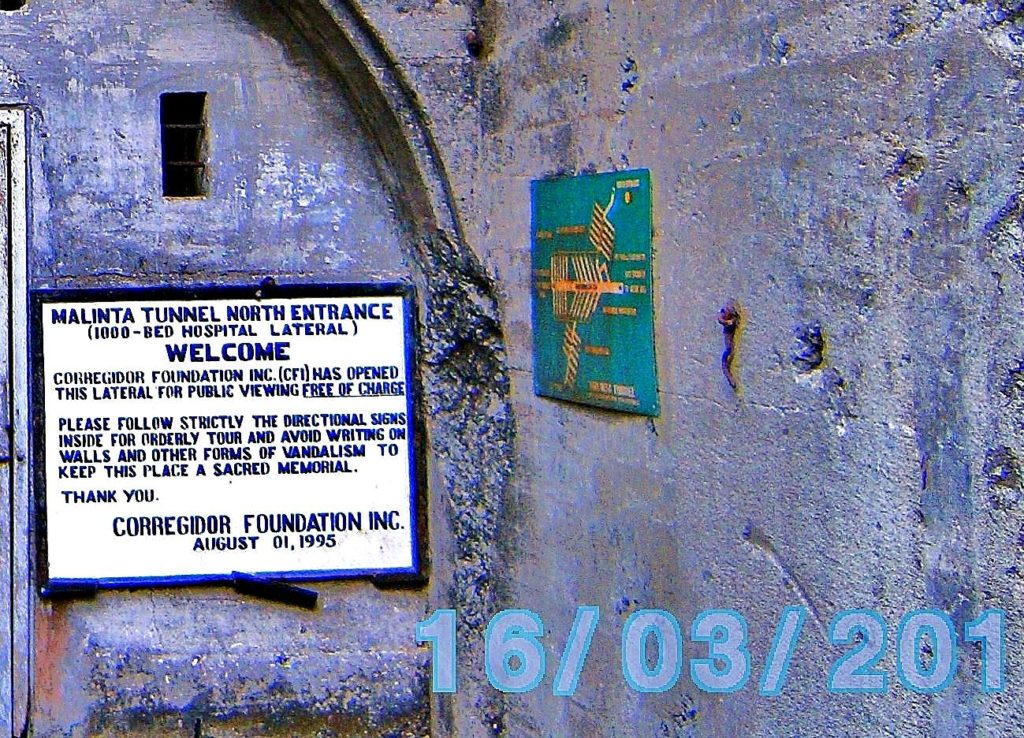 Zo414. A close-up image of the information signs at the door of the North Entrance to the Malinta Hill Tunnel shot in Jan. 2012. This picture may be from someone else but I don’t remember from who. 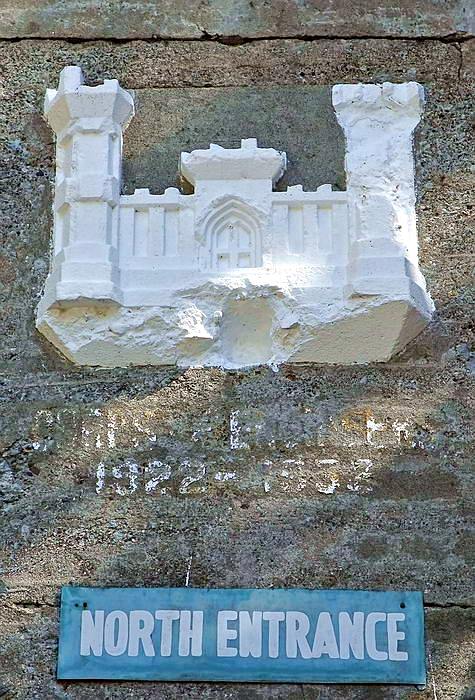 Zo215. A photo of the repainted U.S. Army Engineering Icon over the North Entrance to the Malinta Hill Tunnel shot in about 2009 by John Moffitt (aka fots2). It is the first picture in his famous thread: “The Malinta Tunnel”, click here.

His lead paragraph said this about the construction of the Malinta Hill Tunnel. 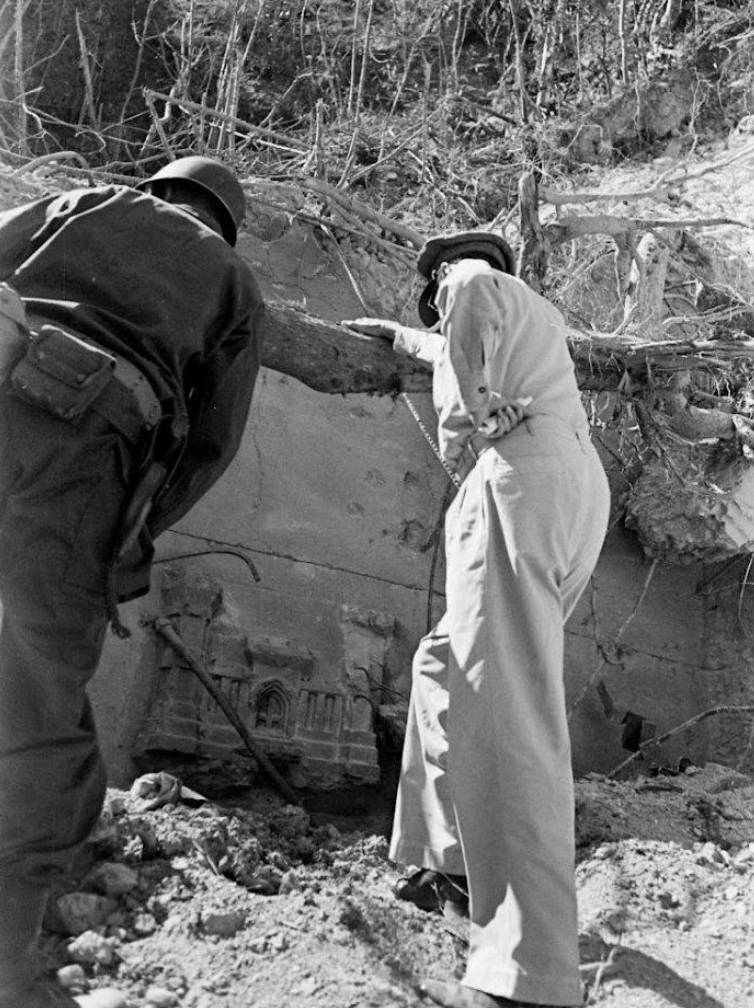 Za727. Gen. MacArthur returns to Corregidor, image from Peter DeForest Facebook page, photo from Carl Mydans of the LIFE Collection.
Could this be the North Entrance of the Malinta Tunnel, did Gen. MacArthur not start out as Army Engineer?

We also have a nice thread about General of the Army, with a lot of images in this Forum, click here:

Note from Karl: The North Entrance of Malinta Hill happens to be the first picture in this thread, page 1. Click here for the URL: 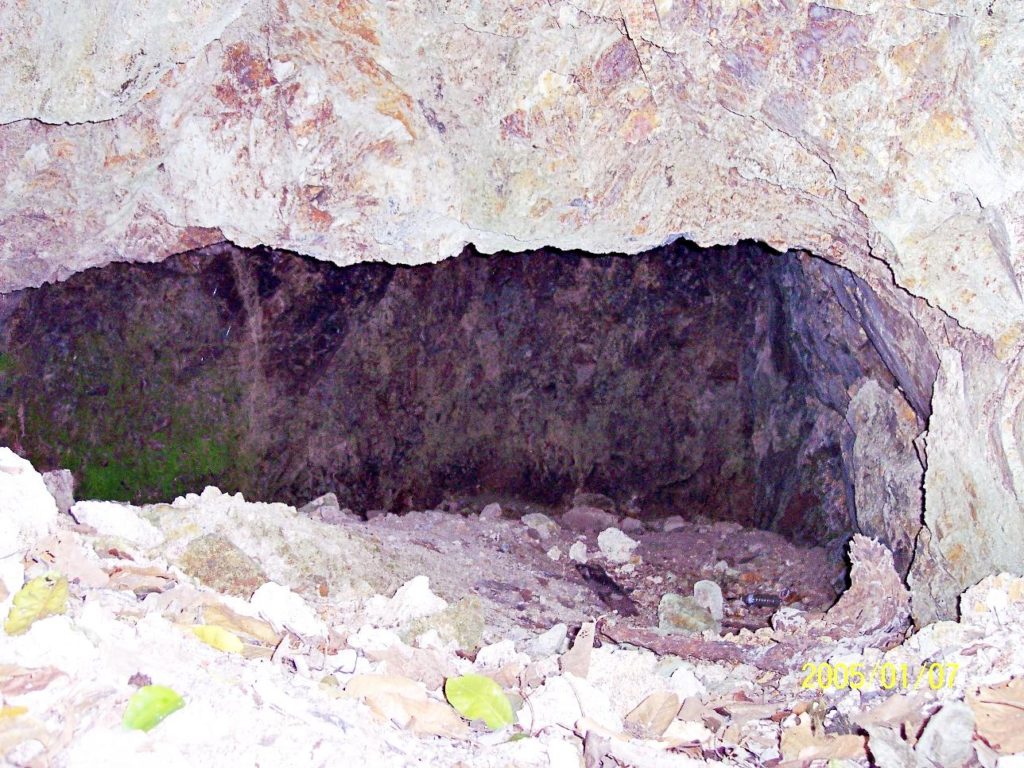 Zo416. Only a few yards down the road from the North Entrance to the Malinta Hill Tunnel is this small tunnel, though big enough for a small caliber field artillery gun. I suspect this one was built by the Japanese invaders.

I WAS ON CORREGIDOR” BY AMEA WILLOUGHBY – 1943, or click here

Tom Aring found the above book, started the above thread with quotes from it and it already has 6 pages!
It pertains to the experiences of a Diplomats wife, her life in the Philippines just before the war started and carries on though the author’s time in prewar Manila, on Corregidor, and her eventual escape on a submarine to Australia in 1942 with her diplomat husband.

Tom Aring, aka Phantom in this forum, quoted several paragraphs about the happenings in front of the Malinta Hill Tunnel North Entrance, here is just a little sample! They start on page 4 with the July 31 2012 entry, in the above URL.

“Facing the outlet, directly ahead, another hill sheered up precipitously.

On this small plaza there was a lean-to kitchen well camouflaged with branches, and a mess for the hospital personnel and convalescents.

Chairs and benches were grouped along both sides of the road.

Here too was a RADIO.

All day long, between raids, and during most of the night, soldiers, convalescents, nurses, and Doctors forgathered here for a breath of fresh air and a smoke.

When KGEI from San Francisco or the Voice of Freedom were on the air, this bulge in the little road was so crowded that trucks coming down the hill could hardly get through.

Before sunrise cooks would be busy in the kitchen, the firelight touching their intent faces with an orange glow.

While the Filipino boys dished up their rations from enormous kettles the line of men would form up and stand patiently in the early light of dawn.

Groups of night nurses in twos and threes gathered there wearily to smoke a cigarette before going off duty.

In the full morning the rough mess tables and benches served the people who made the bandages and dressings.

Over the blaring noise of the RADIO, we would shout back and forth at each other and at the passing soldiers and workmen.

Under a tree nearby, hung a large canvas bag of drinking water.

Around it was always a band of men, pausing for a second before going on to their jobs.

If there was a measure of relaxation on the little road at the Hospital outlet, there was also more often than not a kaleidoscope”. 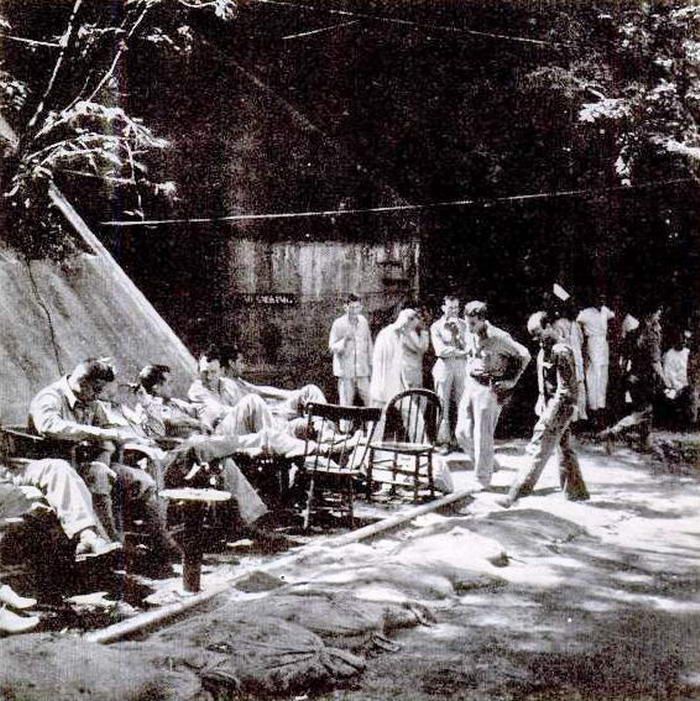 Zo590. Convalescents and wounded Corregidor Defenders relaxing outside the Malinta Tunnel Hospital North-Entrance on the 13th April 1942. Photo from John Moffittt, aka fots2 in the Corregidor.proboard.org forum.

John added the picture and this sentence, also in the above forum page #4
“Phantom. A photo to go with your text. Here is a look at the little flat area outside the North Hospital entrance taken April 13th, 1942”. 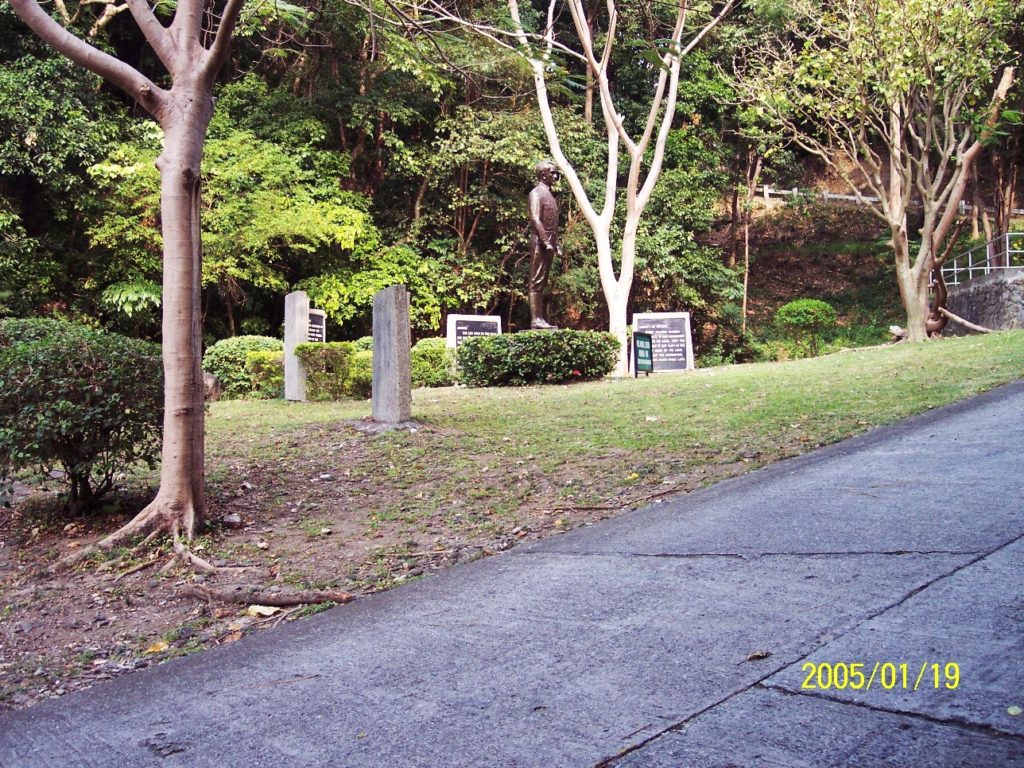 Zo591. The small plaza, the little flat area outside the North Hospital entrance, “Facing the outlet, directly ahead, another hill sheered up precipitously”. This was a quote from Amea Willoughby’s book.
Up to 2005 existed a President Quezon Memorial here. One of these days I will start a page for him in this forum. His stature was moved to Filipino Heroes Memorial, maybe in that year. 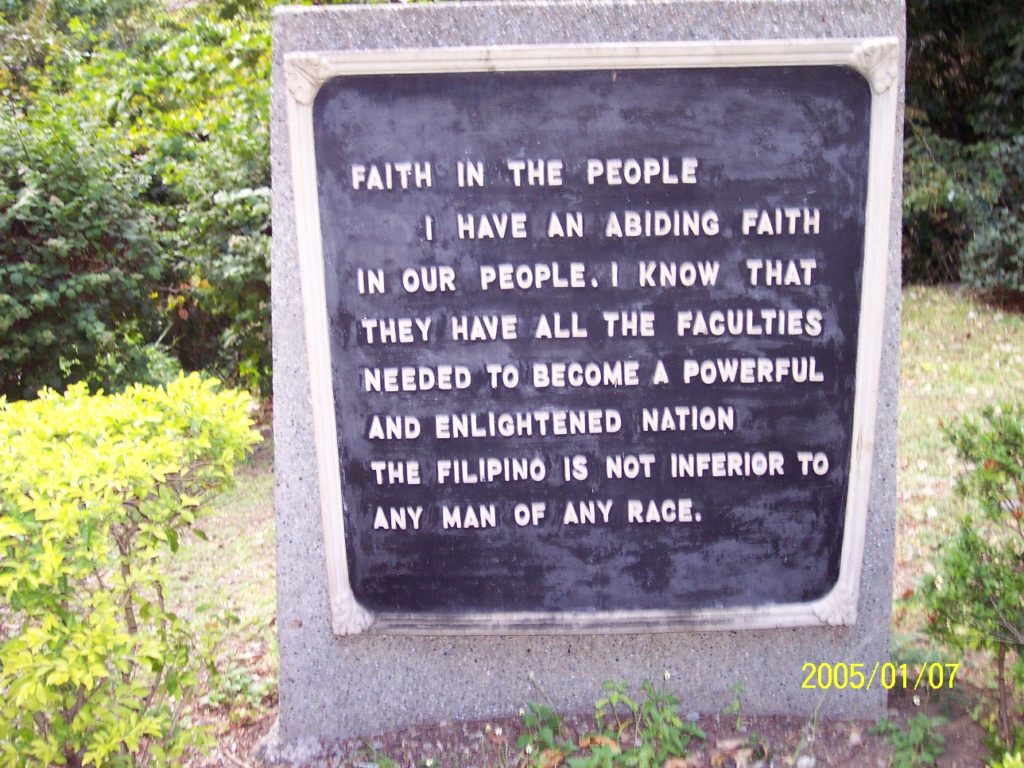 Zo592. Five stone plaques with quotes by the President, were part of this President Quezon Memorial, outside the Malinta Tunnel North Hospital entrance. The plaques were moved also; this is one of them.