Subic Bay after1980 with SECDEF C. W. Weinberger from DVIC 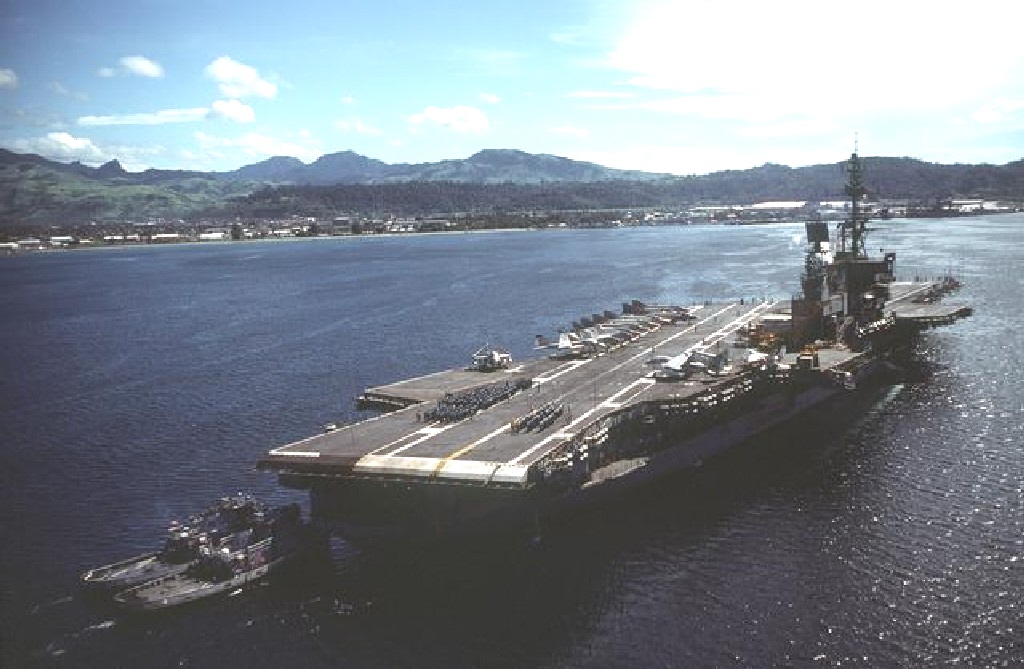 Zc678. ID: DNST8400322. A high-angle starboard quarter view of the aircraft carrier USS MIDWAY (CV-41) entering Subic Bay, escorted by three tugs. Those mountains in back run north from the town of Dinalupihan to Mt Pinatubo and the mountain range is called Cabusilan. One of my earliest walks was crossing those hills and I got stuck on them for one night, one of my early walking lessons.
Date Shot: 14 SEP 1981 Camera Operator: PHCS STEVEN HARRIS

Page description:
These pictures are about the Naval Base Subic Bay after 1980 and were downloaded from the Defense Visual Information Center (DVIC) at about 2003. As a PC beginner then I failed to download the pictures in high resolution. Many of the pictures are about Secretary of Defense Caspar W. Weinberger visiting Subic Bay. There are a few more pictures of the USS Midway CV41 and other subjects.

USS Midway CV41 was home ported in the Western Pacific (WESTPAC) in her last years and was a frequent visitor to Subic Bay. 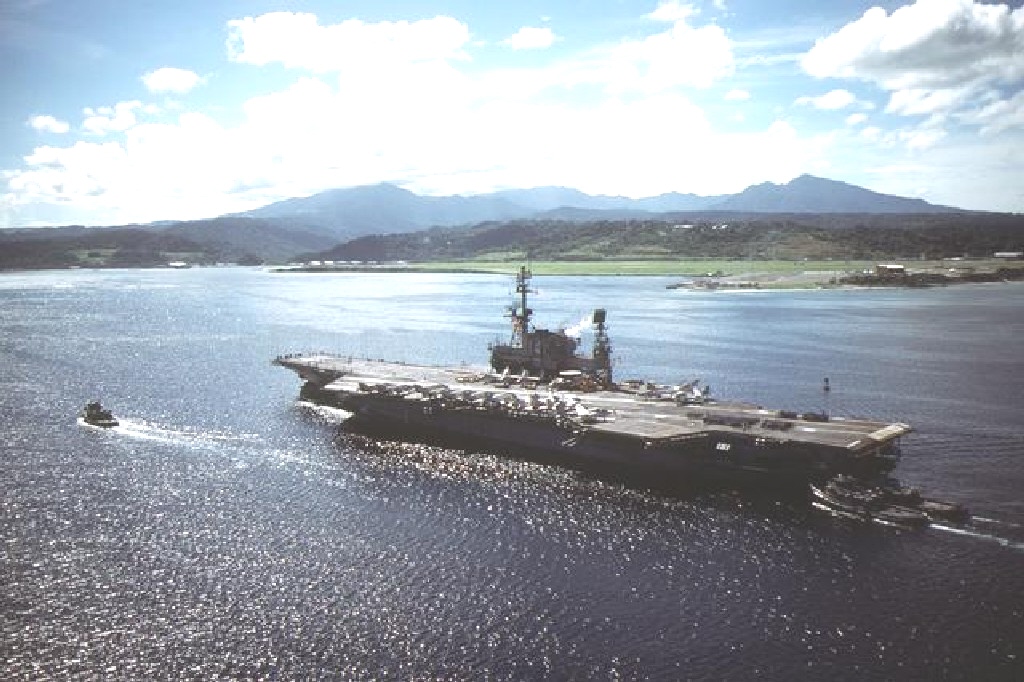 Zc679. ID: DNST8400321. An elevated port quarter view of the aircraft carrier USS MIDWAY (CV-41) entering Subic Bay escorted by three tugs. The mountain in back the the volcano Mt. Natib with a huge caldera. Most sailors did not realize that they served next to a huge volcano. Left of center we are looking into the Boton Valley. The Cubi Point air field looks somewhat bare.
Date Shot: 14 SEP 1981 Camera Operator: PHCS STEVEN HARRIS 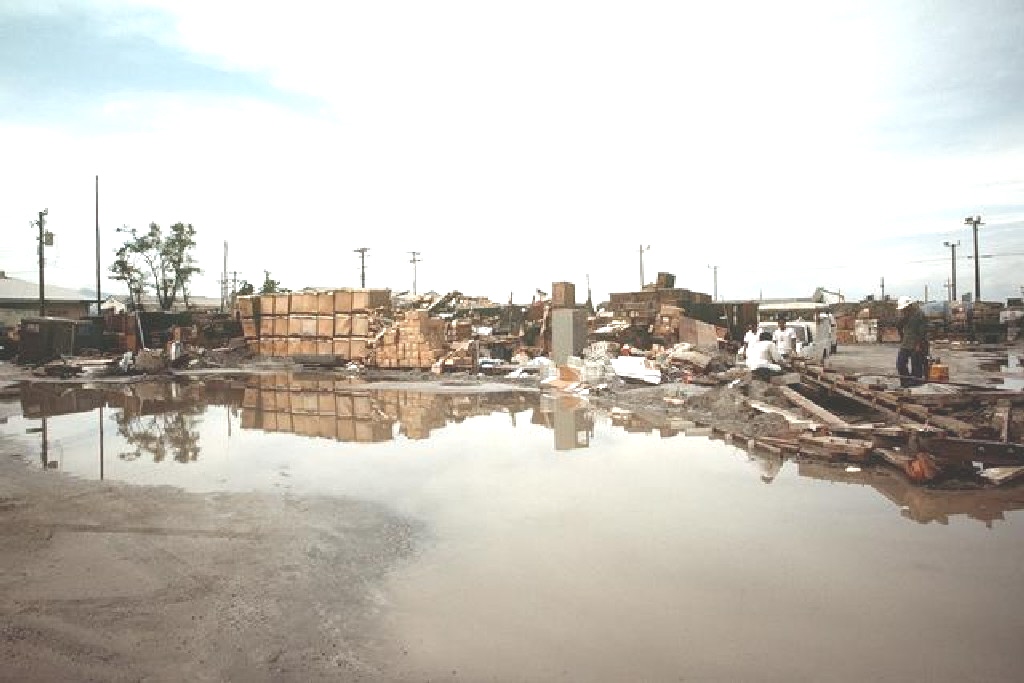 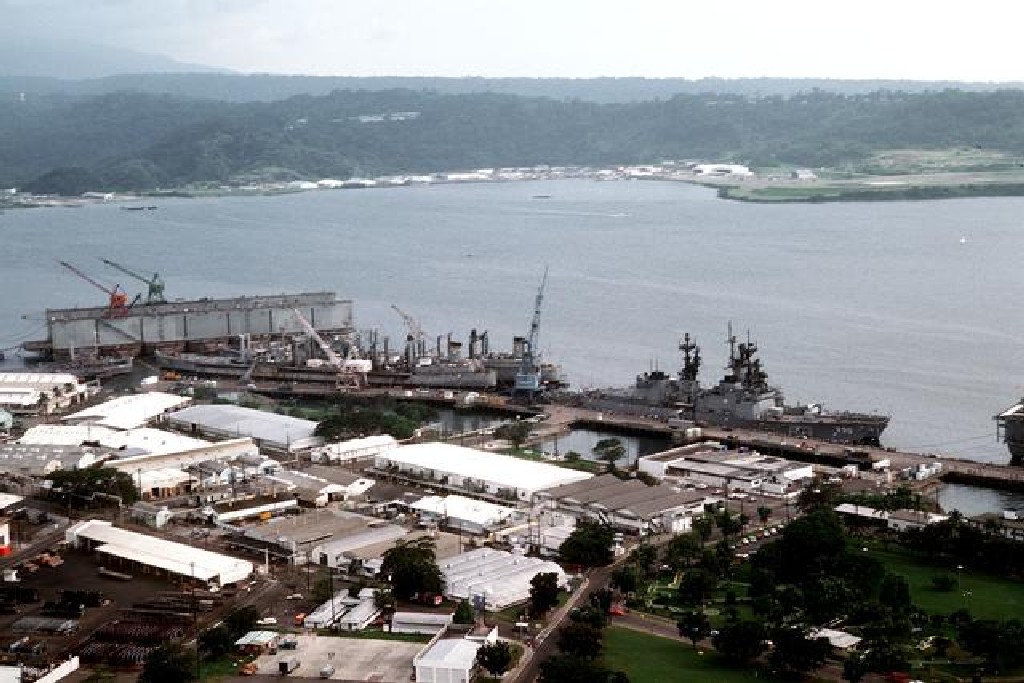 Zc681. ID: DNST8201462. An aerial of the harbor with the oilers USNS NAVASOTA (T-AO-06) and USNS MISPILLION (T-AO-105) docked stern to stern with the destroyer USS INGERSOLL (DD-990. This is the Naval Station Subic Bay.) In back, at the water’s edge is the Boton Pier area. All the way to the left on the hill is the water tower of the Naval Hospital (Jungle General). And above the Boton Pier area is the Jungle Environment Surviving Training Camp (JEST)
Date Shot: 19 OCT 1981 Camera Operator: PHC LAWRENCE FOSTER 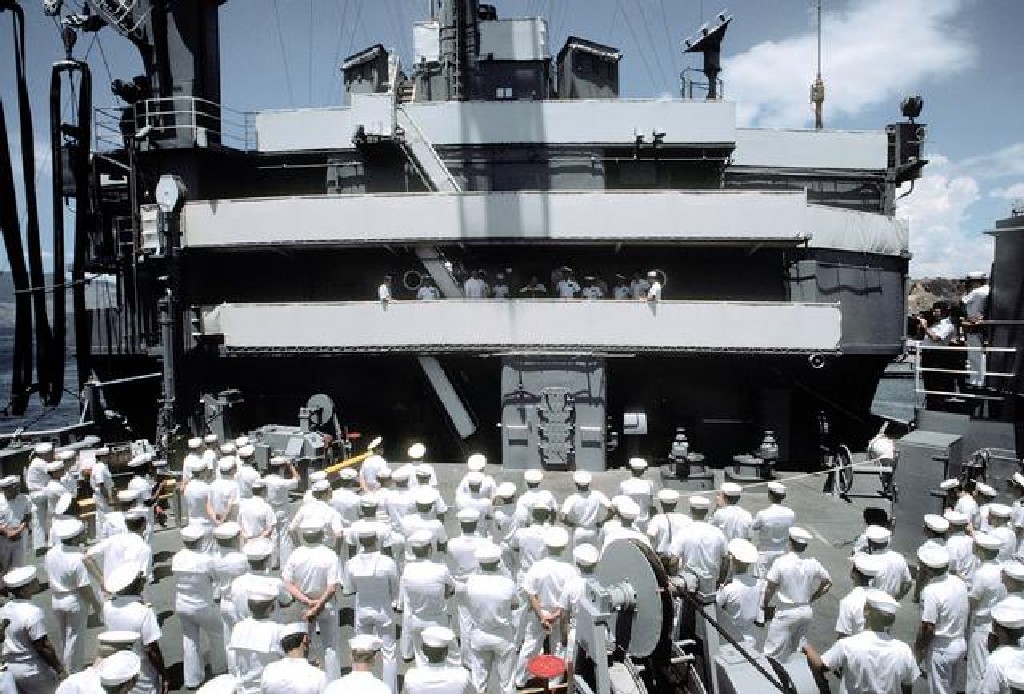 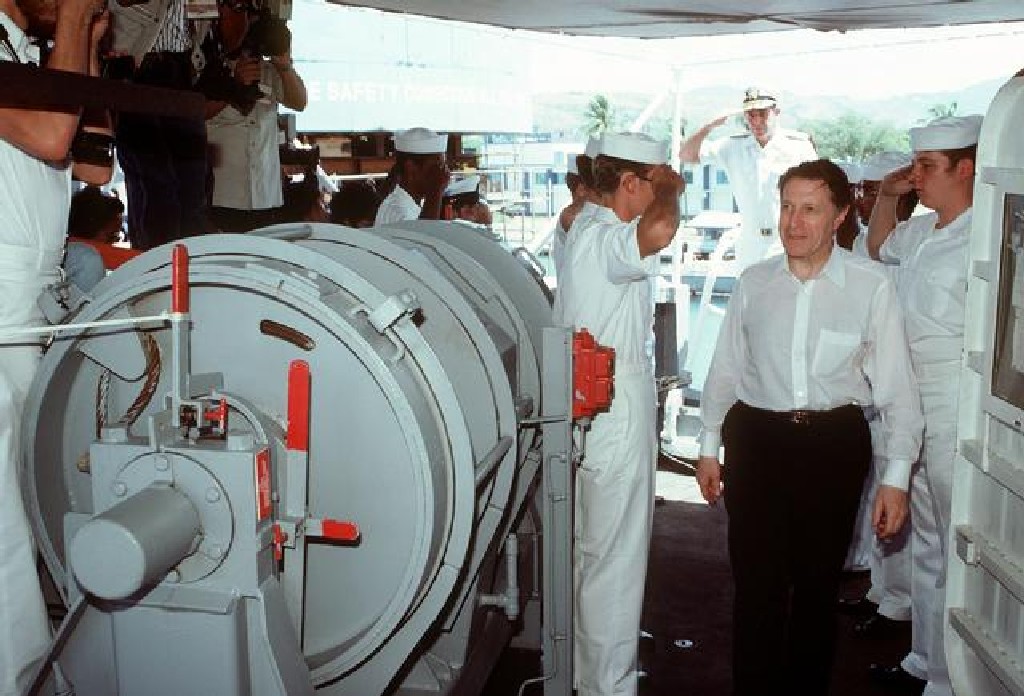 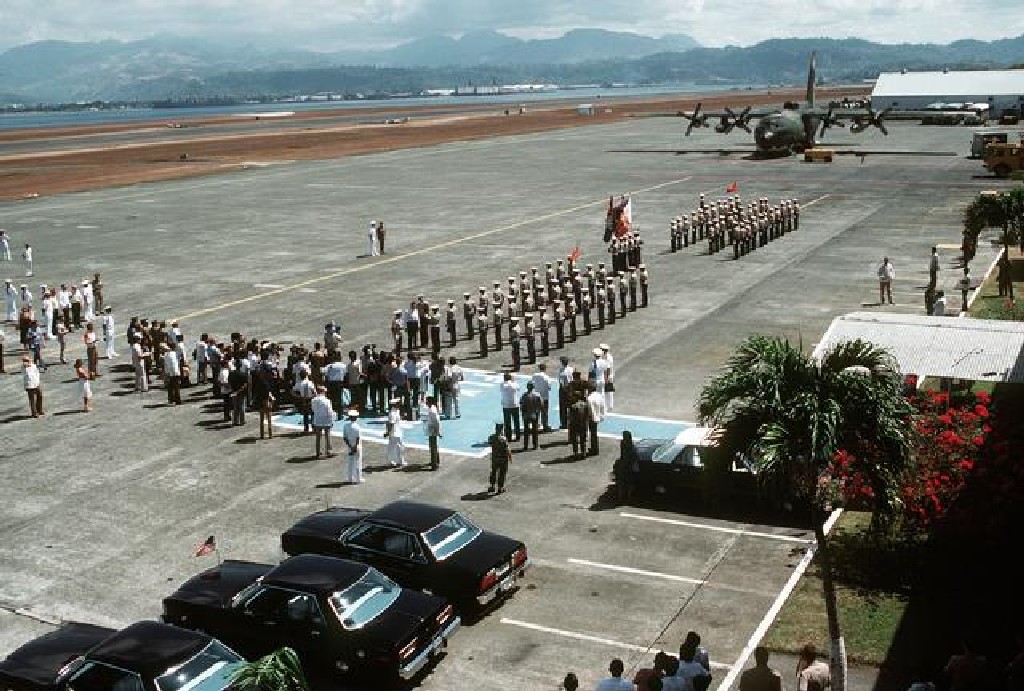 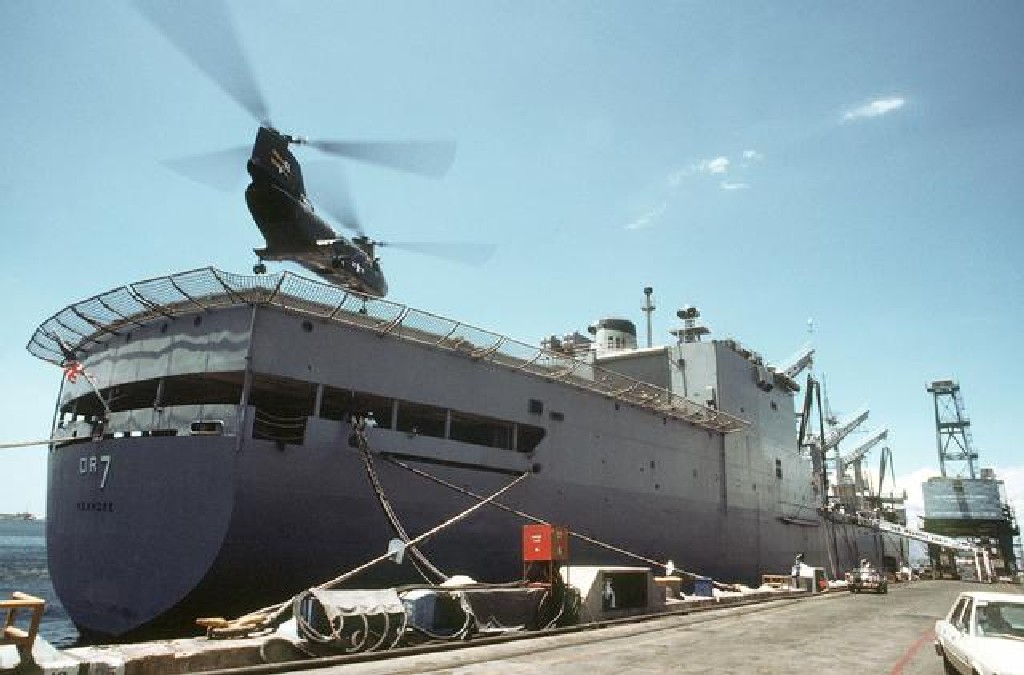 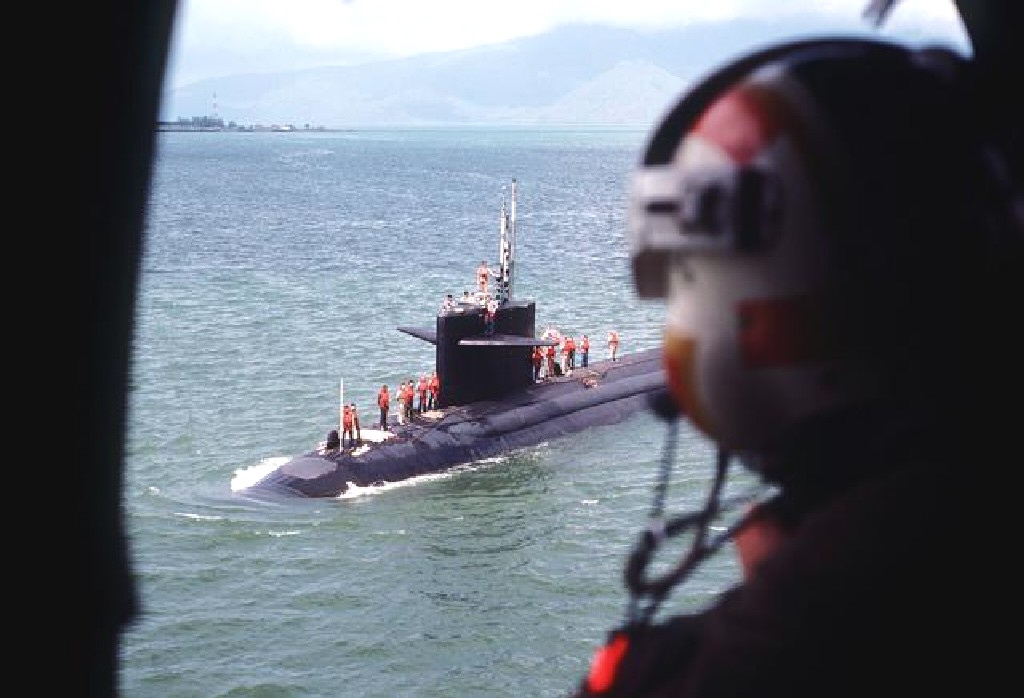 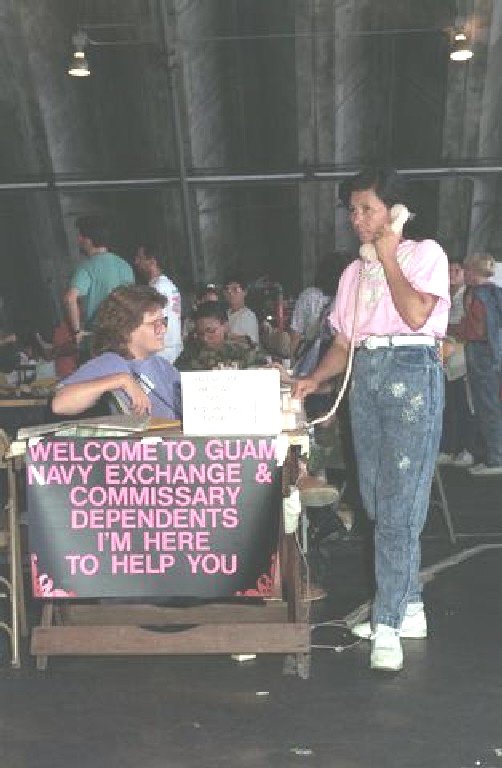 Zc687. ID: DNSC9201983. A woman makes a telephone call from a desk in a temporary evacuation center during Operation Fiery Vigil. The center was set up to process military dependents who were evacuated from the Philippines after volcanic ash from the eruption of Mount Pinatubo disrupted operations at Clark Air Base and Naval Station, Subic Bay.
Location: ANDERSEN AIR FORCE BASE, GUAM (GU) UNITED STATES OF AMERICA (USA)
Date Shot: 21 JUN 1991 Camera Operator: PH2 JOHN EICHENSEHR 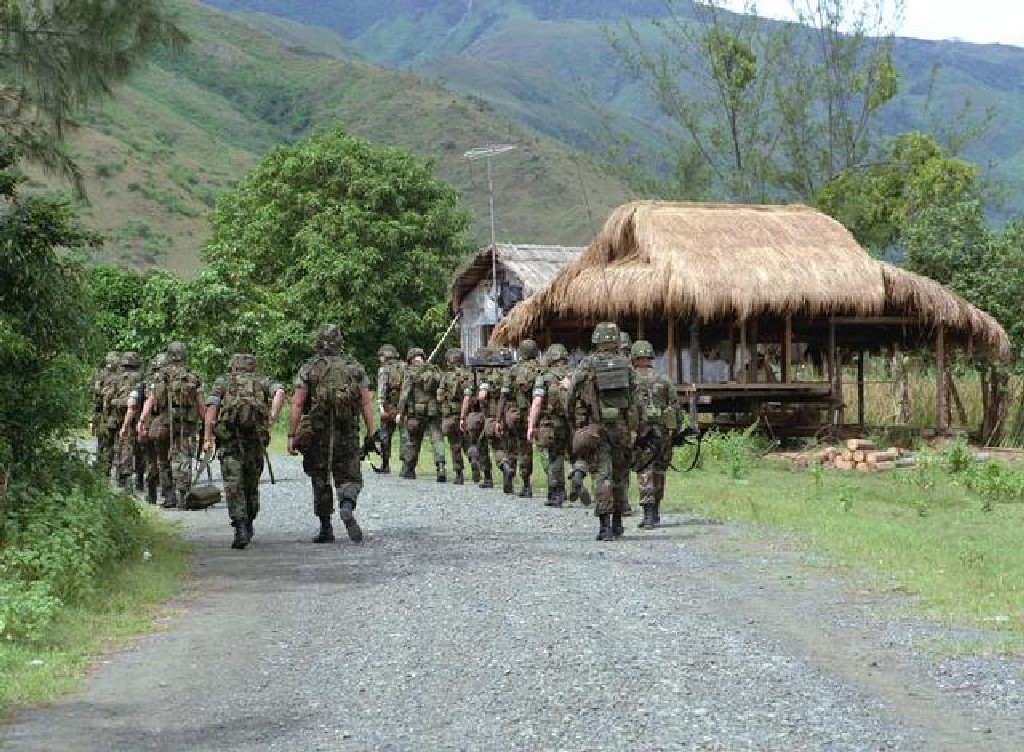 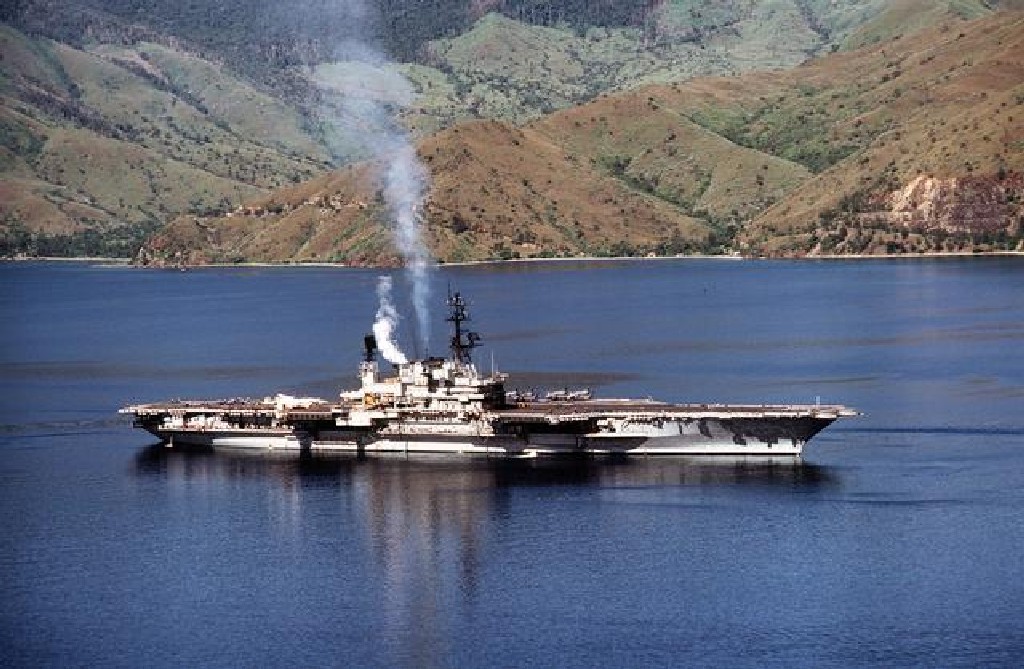 Zc689. ID: DNST8400325. A starboard beam view of the aircraft carrier USS MIDWAY (CV-41) entering Subic Bay. Right is the Quarry, right of that (off the picture) was the Marine training area Green Beach, the real name –Agusuhin but now it is Hanjin Shipyard. The valley left and still beautiful is Quinabucsan River, -Valley and community.

2 thoughts on “Subic Bay after1980 with SECDEF C. W. Weinberger from DVIC”