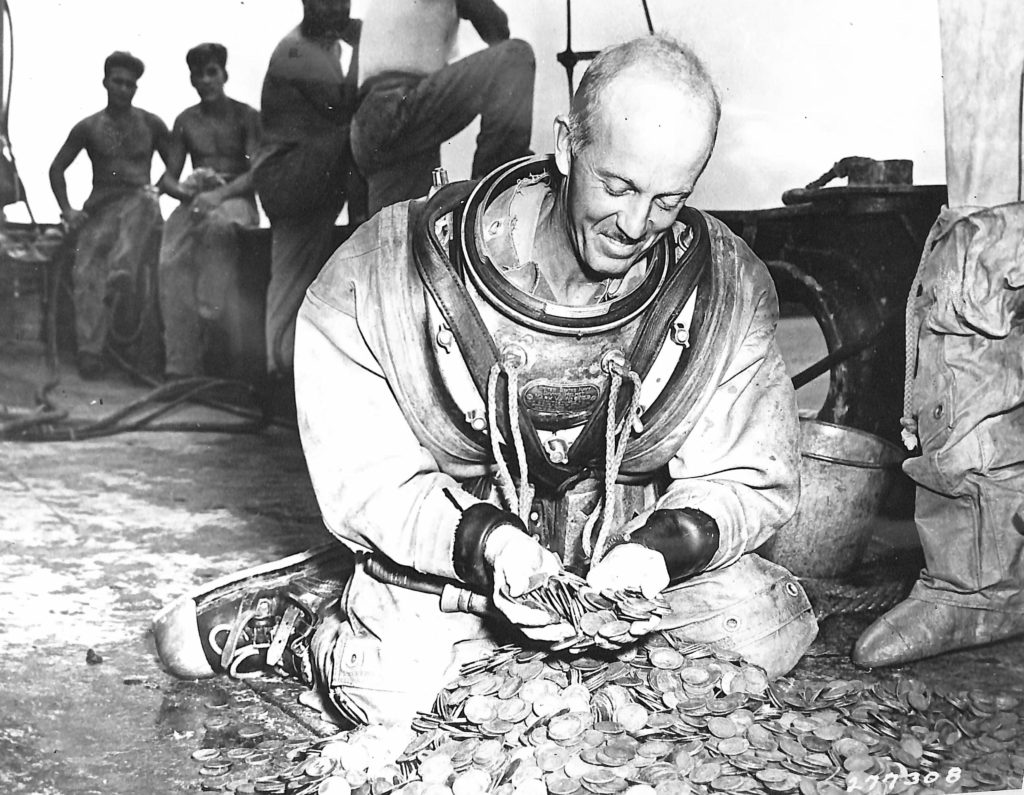 Zc274.T/Sgt. Harrison T. Martin of San Francisco, Calif., one of the divers detailed to recover millions (17-unreadable) of pesos from Manila Bay, is on board a salvage ship on the 2nd Nov 1945. He is looking at the silver recovered so far. Signal Corps Photo from Yank (S/Sgt. Ed Wergeles}. This photo was sent to me by the CDSG leader Glen Williford; thanks Glen. 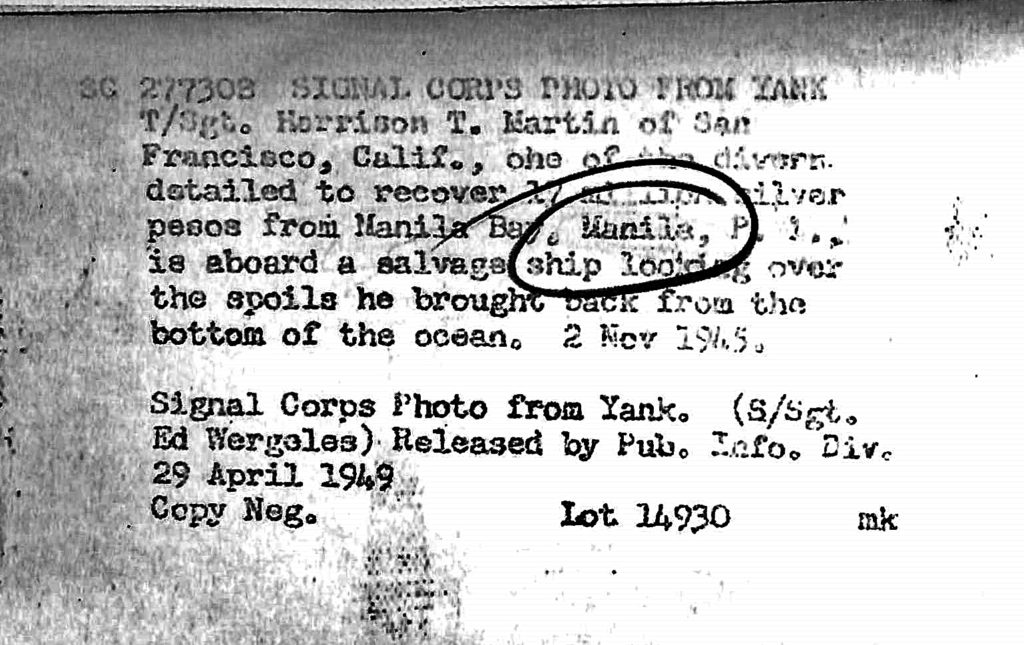 Zc275, the description in back of picture Zc274, a photo from Yank (S/Sgt., Ed. Wergeles} about T/Sgt. Harrison T. Martin of San Francisco, Calif., looking at the silver recovered from Manila Bay Nov. 1945.

These two images came from this URL thread (from armyjunk) in the Corregidor forum and tell the story of the Japanese forcing U.S. Navy POW divers recover the Philippine silver dumped in Caballo Bay in 1942. The story was original written by John G. Hubbell, an author. Click here! 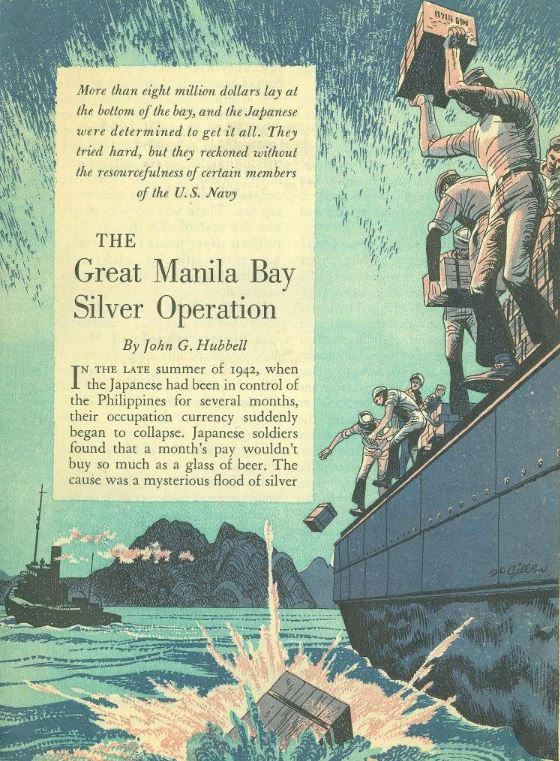 Zc282. A drawing from armyjunk’s thread in the Corregidor forum about U.S, Forces dumping silver into Caballo Bay. 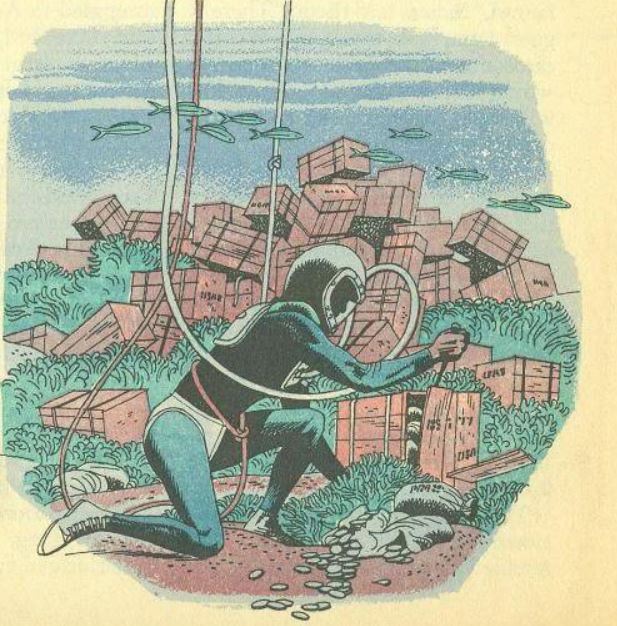 Zc283. A drawing from armyjunk’s thread in the Corregidor forum about U.S. POWs of the Japanese recovering silver in Caballo Bay.

Robert C Sheats was one of those divers and later he wrote this book: One Man’s War: Diving as a Guest of the Emperor. A good friend and shipmate of mine worked for him as a diver after the war and told me about it. 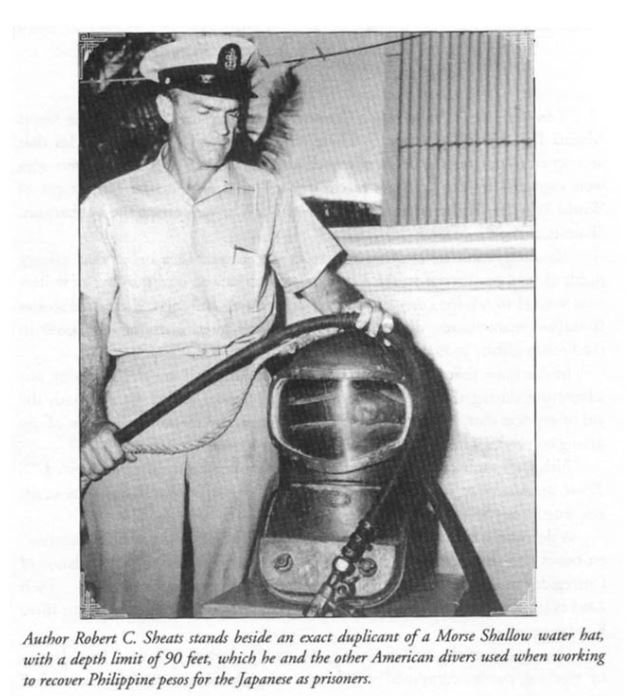